Home Uncategorized Barbara Hershey’s Not Afraid of Scaring You. Again. 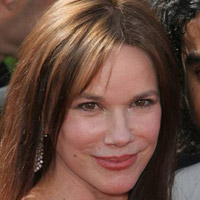 As if her role in Black Swan wasn’t disturbing enough, Barbara Hershey’s back on the silver screen this week in Insidious, the latest horror film from James Wan, the writer-director responsible for giving us nightmares with the Saw franchise, and starring Patrick Wilson and Rose Byrne. We spoke with Hershey last week about the movie, dark secrets, and fears

Tell us about the role.
I play the mother of Patrick Wilson’s character and she has a dark secret she’s kept from him his whole life. After doing Black Swan, I really wanted to play a character that was much more normal. She’s very normal and I pretty much taped into myself.

Have you ever kept a dark secret?
I don’t think I have! No, not like this one. I guess we all have secrets. I’m good at keeping a secret, but I don’t like keeping secrets.

Where was the film shot?
We filmed it in Hollywood in a little house. It was all practical sets, and it was great. I’m not in the film a whole lot but the bit I was in I really enjoyed. And James is great. He’s funny and warm and approachable. It was a low-budget film and he was always available to talk. Really, it’s a character-based film—and we all believed that if you believed in the character, the film would work. And we didn’t use special effects. There were actual things for us to react to. That was unusual but really, really helpful. I hope that if people like to get scared that they have a good time. There’s a lot of humor in the film, too, so there is a relief from the scariness.

What’s the scariest movie you’ve ever seen?
The Exorcist. It was both the scariest movie and a good example of character-oriented movie. I saw it on television—I couldn’t watch it in the theater. I think when you think something could happen to you, that’s when it starts taking off and getting scary.

Do you have any fears?
I don’t have any phobias, per se. There are things I’m afraid of, but I’d rather not say.

Insidious is in theatres now.