Home Uncategorized These Are the Bands You Can’t Miss at Arroyo Seco Weekend, According... 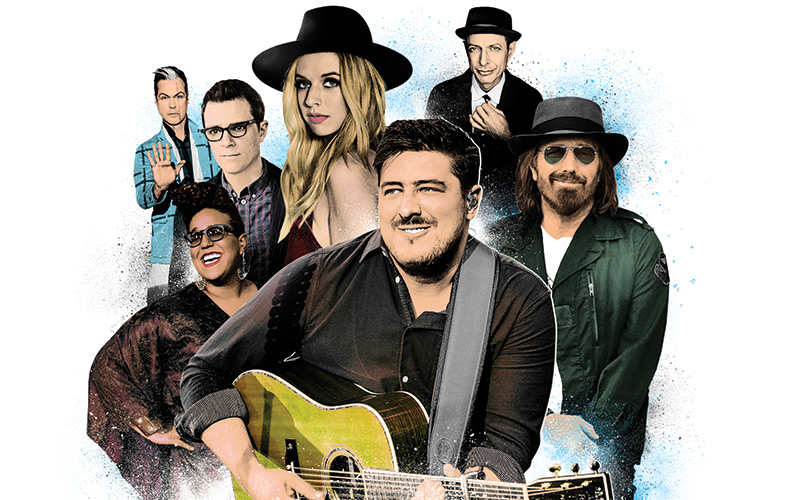 The Event
An aural smorgasbord (June 24-25) from Goldenvoice, the promoter behind Coachella and FYF Fest. Acts as varied as Mumford & Sons and Weezer play three stages on the Brookside golf course grounds in Pasadena. Passes start at $125.

How It Came to Life
Goldenvoice CEO Paul Tollet and festival director Nic Adler started brainstorming in 2013. To get Pasadena City Council approval, they did an environmental impact report and held more than 40 neighborhood meetings assessing the fest’s effects on everything from traffic to wildlife.

Why It’s Made for L.A.
It’s low risk and high reward (aka the best type of commitment—no hotels or overpriced Airbnbs necessary, for a start). Pasadenans also asked Adler to incorporate city-specific culture, like the local bookshop. “Vroman’s is our festival librarian,” he says. “We have Little Lending Libraries with their own themes.”

Artists the Headliners Want to See
“ZZ Ward. We did a duet on her upcoming album. She is fierce and fantastic.”
—Michael Fitzpatrick, Fitz and the Tantrums

“Roy Ayers is a favorite of ours. We listen to him a lot on the bus.”
—Brittany Howard, Alabama Shakes

“I’m happy to watch Jeff Goldblum do anything. Also excited to see Andrew Bird. Witnessing the music that comes from him on the spot is overwhelming.”
—Taylor Goldsmith, Dawes

The Food Situation
Sotto, Wolf, and more than 20 other hometown heroes serve up signature dishes. Plan ahead by ordering a picnic basket online packed by pros like Union’s Bruce Kalman.

Kids, Y/N?
Little ones under ten get in free, so make this their first fest with Mom and Dad. Kidspace Museum is also overseeing hands-on projects, including a build-your-own-instrument station.

But Parking—Woof
Not even. The Rose Bowl’s grass lot is free, and $50 buys you a VIP spot on concrete. (If you don’t mind a nice two-mile walk, ditch your ride and hop on the Gold Line for easier access.) There’s a bike valet, too.

The 8 Best Things Going On In L.A. This Weekend