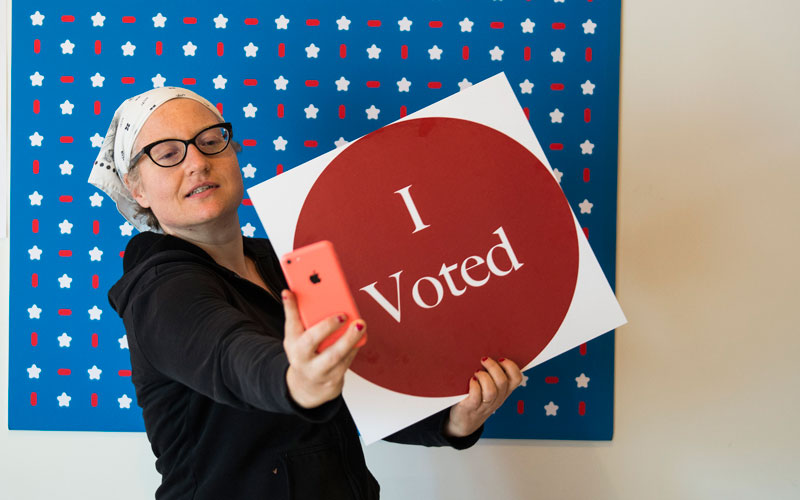 When Justin Timberlake almost but not really got in trouble for sharing a pic from the voting booth, it raised some questions we as a nation had never raised before we all started carrying cameras in our pockets that can transmit photos to the entire world. Questions such as: Damn, JT, you made early voting cool, is there anything you can’t do? And: Are voting booth selfies even legal?

I called the California Secretary of State’s office, and I learned a few things, which I will share with you because that’s generally how this works.

Michael Risher, an attorney with the ACLU of Northern California, says sharing selfies is “core political speech” that lets people tell others how they are voting and encourages others to vote the same way. Secretary of State Alex Padilla has said his office is prepared to enforce the law come Election Day. Padilla supports AB 1494, which overturned a 125-year ban barring voters from showing anyone their marked ballots. But that law does not go into effect until January 1.

Voting laws vary from state to state. California is one of 18 states that currently bans the sharing photos of voter ballots.