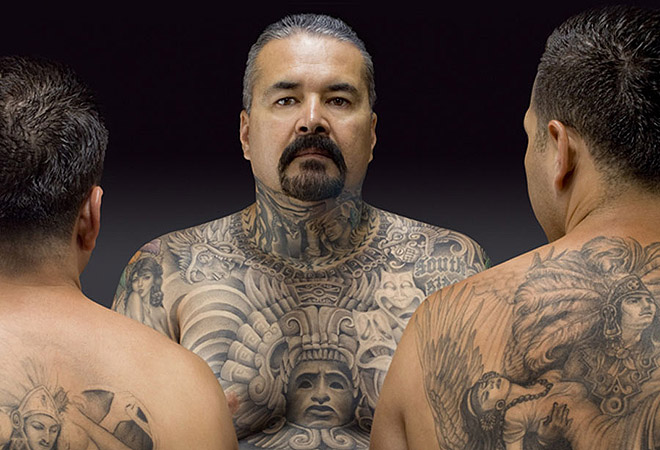 Director Eric Schwartz’s new documentary, Tattoo Nation, traces ink’s modern-day trajectory from the detailed black-and-gray shading born in California’s Chicano community during the 1970s to the strip mall parlors and sorority-girl tramp stamps prevalent in the 1990s to the entire body-as-canvas aesthetic of today. Former L.A. Ink star Corey Miller, who owns a tattoo shop in Upland and narrates the film, takes a Zen approach to the commercialization of the formerly outlaw art form. “When the public gets hold of anything, they tend to overdo it,” Miller says. “But that’s a cycle that goes with everything. It’ll settle down again.” Tattoo Nation plays today through Tuesday at Arclight Hollywood.