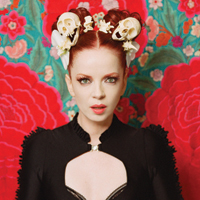 It wasn’t a breakup, just a break, but it “ended up being a lot longer than we expected,” says lead singer Shirley Manson of the seven years between albums for her alt-rock band, Garbage. The new CD, Not Your Kind of People, is a dig at the music industry, though that’s not what makes Manson nervous: It’s performing. “There’s been a lot of excitement about the band coming back, and we’re grateful for that,” she says. It took a while for the Scot, now an Angeleno, to love the city. “The charms are hidden in L.A., but I see it’s an amazing city.”

Garbage will play at the El Rey on April 9 and 10.