Home Uncategorized Back to the Desert 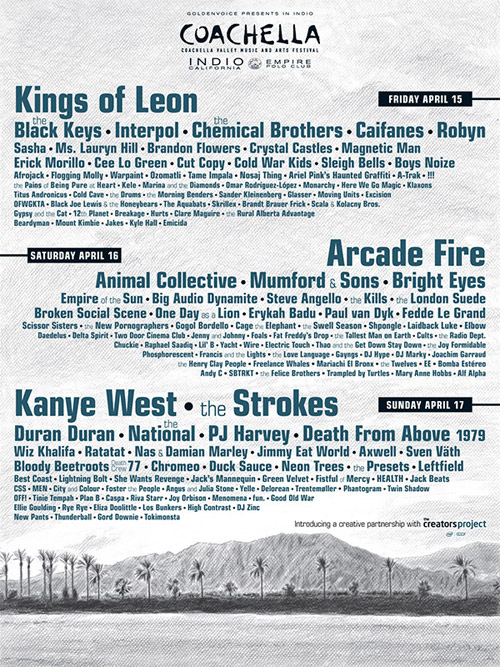 I’ve got to be honest. I didn’t think I’d be going back to Coachella this year. As the music and arts festival has grown over the past few years (Jay Z headlined the festival last year after Paul McCartney did the honors in 2009) so too have the crowds. Maybe I’m just getting old, but even a 120-mile drive feels like a schlep when you’re doing it with thousands of other people.

A schlep? Who cares! That’s how I’m feeling after seeing the full lineup (listed on the official poster below) for this year’s festival, which landed in my inbox late last night. Arcade Fire, Kanye West, and Kings of Leon will headline the event, and a group of diverse and exciting acts (Duran Duran! “Ms.” Lauren Hill! The Strokes!) round out the list.

Tickets go on sale this Friday. I’ll see you on the 10.