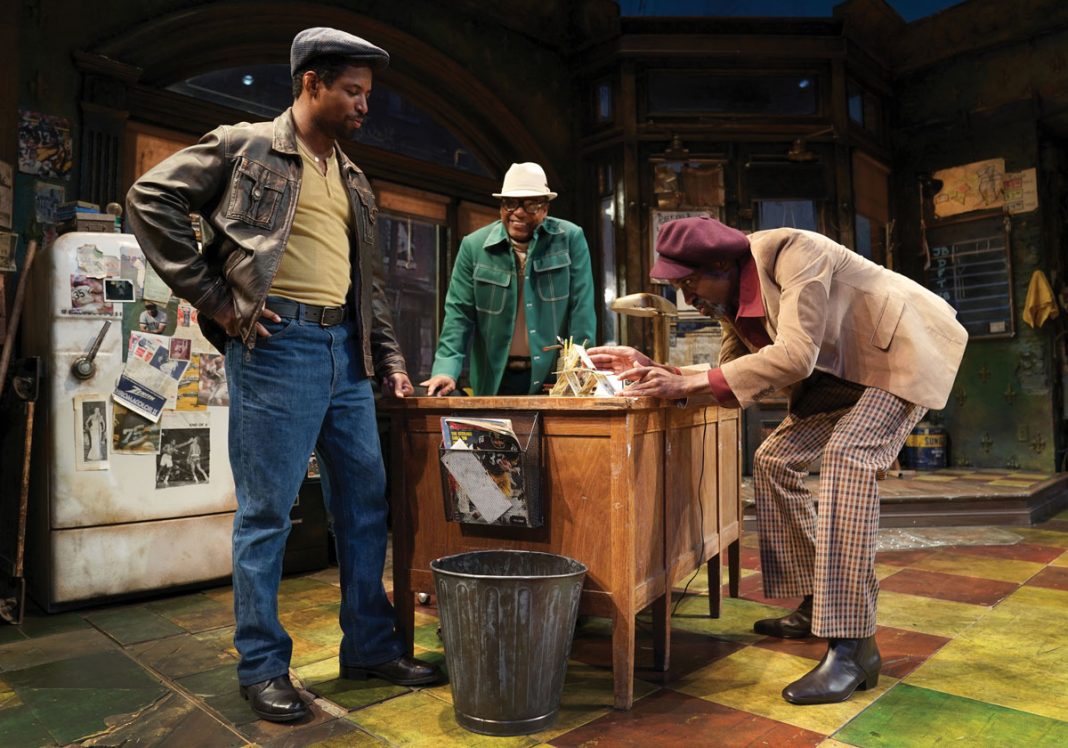 When playwright august Wilson premiered Jitney in 1982 at Pittsburgh’s Allegheny Repertory Theatre, he escorted his mother to the performance in a jitney cab, a vehicle operated outside municipal regulations. (“Jitney” is a slang term for a nickel, the typical fare in the early 1900s.) Were they alive today, the duo might take an Uber or a Lyft instead.

The parallel between jitneys and modern ride-share services—and the uncertain livelihood of drivers—makes the 37-year-old play, which is set in the 1970s, freshly relevant. The Broadway production runs at the Mark Taper Forum through December 29.

“Jitney speaks to the struggles of people trying to string together a living and even plan for a future—clearly it’s a struggle that continues for people in the gig economy working at or below minimum wage,” says Michael Ritchie, the Center Theatre Group’s artistic director.

“These guys have multiple hustles,” says Cheatom, who took over the role played by
André Holland on Broadway. “It is similar [to] the economy that we live in now.”

Keith Randolph Smith, who plays Doub, Becker’s right-hand man, says he also was struck by how much the play resonates in our current economic climate. “It’s always a challenge no matter what times you’re in,” Smith says. “These times you have a bunch of college-educated people driving cars.”

When Wilson died in 2005, he left behind an impressive body of work, much of it in his decalogue of plays, each work reflecting the African American experience in a different decade of the 20th century. He was twice awarded the Pulitzer Prize—in 1985 for Fences, starring James Earl Jones, and in 1987 for The Piano Lesson. When Jitney opened on Broadway in 2017, it was the last play of the 10-play cycle to debut on the Great White Way. Nearly four decades after its world premiere in Pittsburgh, the show feels all too relatable.

“Such timeliness speaks to why it’s important that we take a moment to see the world through somebody else’s eyes,” says Ritchie. “There’s no better writer to immerse you in a world quite like August Wilson.”

RELATED: Kanye West Is Staging an Opera at the Hollywood Bowl

A Play About LeBron James Is Coming to L.A.