Home Things to Do The Best Things to do in L.A. in August 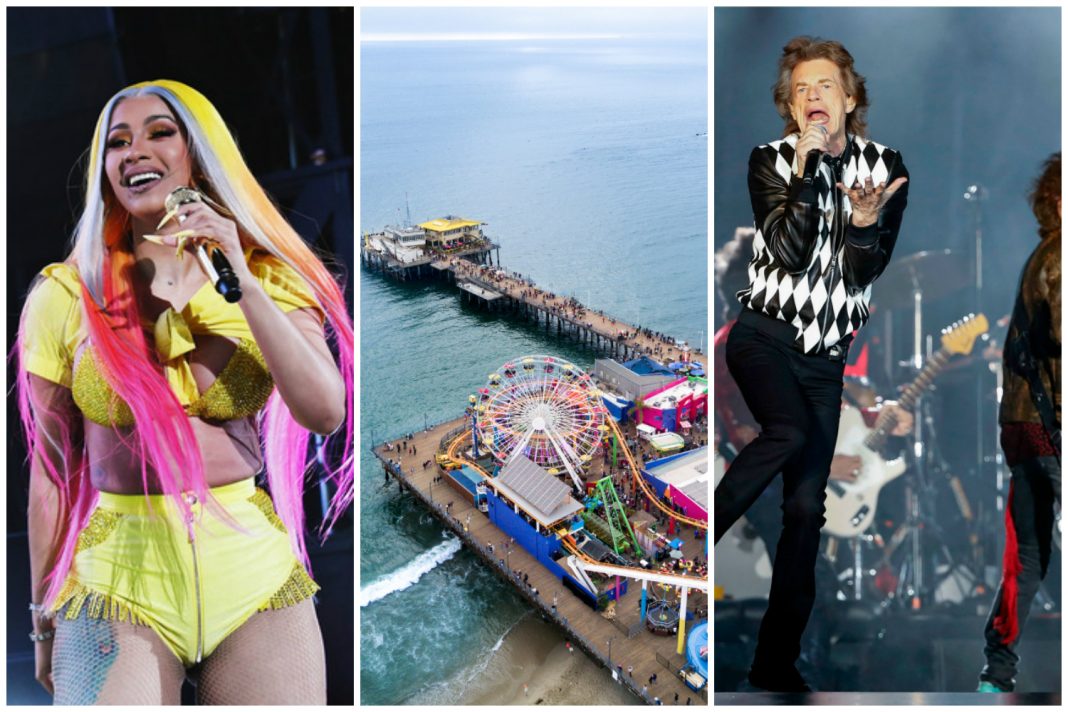 From a huge hip-hop fest to free music on the pier, and even a little history of the Manson murders, here are the best August events in Los Angeles.

“We put the ‘core’ back in ‘Queercore,” Limp Wrist once declared. The punk band has been doing exactly, unapologetically that for two decades–and they’re celebrating that radically inclusive legacy with this special show at the Regent.

On their Showtime talk show, co-hosts Desus Nice and the Kid Mero, interview A-list guests like Alexandria Ocasio-Cortez, Spike Lee, and Vince Staples, with their signature perspective and humor. They bring the production to the Theatre at Ace Hotel for two nights of IRL conversation.

Charles Manson: Once Upon a Time in ’69

Coinciding exactly with the 50th anniversary of the Tate-Labianca Murders, art gallery Lethal Amounts stages this immersive exhibition delving into the world of Charles Manson. The show includes a collection of rare historical artifacts and personal ephemera from those who were close to the incidents, as well as art and pop culture inspired by the Manson story.

Get out of the city and let loose with a mini summer vacation. Splash House brings some of the globe’s biggest DJs and live performers to Palm Springs for a weekend of pool parties, dance nights, and fun.

Local hip-hop radio station Real 92.3 hosts their first-ever Real Steet Festival, which boasts it will be the largest music festival of any genre staged in Orange County to date. The lineup is as A-list as it gets: Cardi B, Future, 2 Chainz, and Meek Mill top the list.

Ramones-starring teen flick Rock ‘n’ Roll High School turns 40 this year, and to celebrate UCLA’s Billy Wilder Theater at the Hammer Museum is staging a special double feature screening of it, along with 1984’s L.A.-centric Suburbia. Penelope Spheeris, the writer-director of Suburbia, will be in attendance for a Q-and-A.

Your favorite political chat podcast comes to life at the Greek Theatre. The core team will be joined by guests Jemele Hill and Amanda Seales, and to break up all the news, you’ll be treated to live music from Maggie Rogers, Best Coast, and Jim James.

An east coast summer tradition comes west with this series of rooftop seafood boils at the NoMad in DTLA. A ticket for the daytime party includes a family-style serving of shrimp, crab, sausage, corn, and other assorted touches.

When Dolores Huerta is booked to give a speech on stage, you know the festival is going to be good. YOLA DÍA is all about female-fronted music, and the power of women to change the world. The one-day event at L.A. State Historic Park features super-cool acts including Megan Thee Stallion, Kelsey Lu, Empress Of, Courtney Love, Sophie, Cat Power, and headliner Lykke Li, plus a food program with some of the best female chefs and bartenders from L.A. and Mexico. The event is backed by YOLA Mezcal, one of the few women-run distilleries in Oaxaca, and a portion of the proceeds will go the ACLU and the Downtown Women’s Center.

Twilight on the Pier

Free concerts at the Santa Monica Pier are a beloved institution. The program has gone through a few different permutations in recent years, but it seems to be back on the right foot. The family-friendly series starts on August 21 with Rostam, Dijon, and Jen Awad. August 28 brings Helado Negro, San Cha, and Banda Las Angelinas.

The Rolling Stones: No Filter Tour

The Rolling Stones are really still doing the thing. Nearly 60 years into their hit-making career, they’re bringing the show back to town for a gig at the Rose Bowl in Pasadena (rescheduled from an original May date). But will they ever find satisfaction?