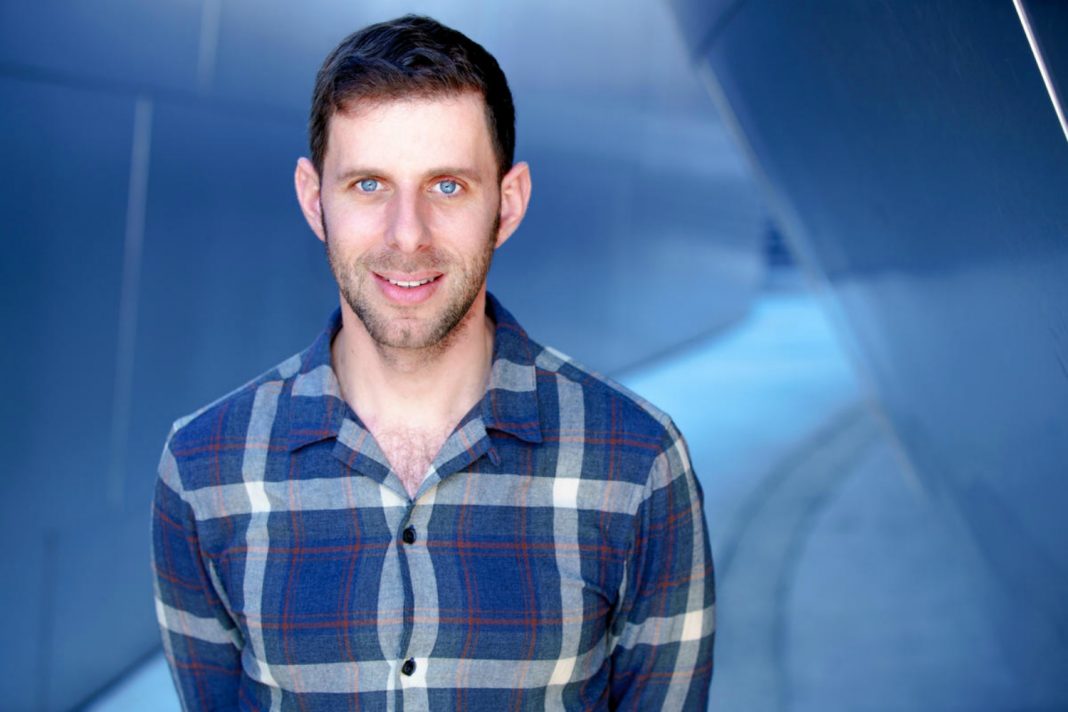 I recently traveled from Los Angeles to Europe, a journey that required crossing an entire continent and ocean. As I moved through space and time zones, drifting in and out of sleep on red-eye flights and navigating various airports, the hypnotic sounds of one album flowed through my headphones on repeat: the 1993 ECM recording of ATLAS, Meredith Monk’s epic, nearly wordless opera.

ATLAS is the perfect musical travel companion, and not just because it includes tracks titled “Travel Dream Song,” “Airport,” and “Earth Seen From Above.” Usually opera plots reveal themselves through the text of the libretto. But in ATLAS the story is woven into the musical fabric. Gently undulating strings mimic the churning forward motion of a train. Low, vibrating vocal drones seem to stretch time. Lush harmonic landscapes unfold through layered, repetitive vocal gestures like patches of earth and sea viewed from the window of a plane.

One of Monk’s most ambitious staged works, ATLAS is loosely based on the external and internal journeys of Alexandra David-Néel, a Belgian-French opera singer, explorer, Buddhist, and writer who, in 1924, became the first Western woman to travel to Lhasa, Tibet. It premiered in Houston in 1991 before traveling to Minneapolis and Philadelphia the same year (companies in those three cities co-commissioned the work). The Brooklyn Academy of Music presented it in 1992, but there have been no new productions since that original staging.

Until now, that is.

In what marks the final major project of his three-year tenure as the L.A. Phil’s artist in residence, MacArthur “Genius” Fellow Yuval Sharon is presenting ATLAS on stage at Walt Disney Concert Hall on June 11, 12, and 14. In addition to representing a rare opportunity to hear this work live, the production will breathe fresh life into the piece and help to ensure its longevity.

An active composer, choreographer, director, and performer, 76-year-old Monk’s hands-on creative process creates a challenge to restaging her works. Most composers provide meticulously notated scores to performers. But Monk, a practicing Buddhist, transmits her musical and choreographic ideas directly to performers who learn by rote during hands-on rehearsals.

“There was a score for the instrumentalists, but the vocal lines were created with the people that originated these roles, so, [for the vocal parts] there were only some notes quickly jotted down,” Sharon explains. “It was about a two-year process of pulling together all of the original notes from everywhere. Meredith is not a person who believes in scores. She wants to do everything in that way of passing off a tradition, passing off an idea from one body to another, one soul to another. I mean she’s done scores before, but for something as mammoth as this opera, it was a huge undertaking.”

That challenge is just part of why Sharon describes this as the most daring project he’s done for the L.A. Phil, a bold statement from a director who unleashed aliens across downtown Los Angeles and produced John Cage’s Europeras on a soundstage at Sony Pictures.

“What this piece really needs is the acoustic warmth of Walt Disney Concert Hall,” Sharon says. “That is so crucial to experiencing the piece. At first I thought about staging it in an airplane hangar, but in a setting like that it would be so hard to achieve that sense of really being inside the voice, which is a crucial component to how Meredith’s music really works.”

Intimacy tucked into grandeur is what opera offers at its best, and Sharon is not skimping on grandeur in this production, despite the constraints of the hall. His longtime collaborator, Es Devlin, has created a sphere that’s 36 feet in diameter on which singers will traipse and projections will illuminate. It will occupy the entirety of Disney Hall’s stage. To accommodate the L.A. Phil musicians, Sharon is creating a pseudo-orchestra pit by removing the first few rows of seats in Disney Hall.

Until he recreated it for this production, Sharon had never seen ATLAS live. He was a kid living in Chicago when it premiered in 1991, and, he says, opera was not even on is radar. It wasn’t until he heard a clip of ATLAS in a college class in the late-’90s that he fell in love with the genre, and Monk’s work.

Monk would not have entrusted the task of re-envisioning ATLAS to just any director. She and Sharon worked together some years ago, and over time, he’s gained her trust. She serves as an artistic advisor on the project and was involved in the casting process, but she is also, wisely, giving him artistic freedom.

That’s what’s so great about opera, Sharon says—it offers a chance to constantly recreate. “The music is the only thing that has the possibility of immortality,” he explains. “Everything else about opera, the visual and dramatic aspect of it, it’s all in flux.”

Of course it helps when an opera’s themes are inherently timeless, and the music infused with beauty, drama, and soul.

“It’s so deep and it’s so real and meaningful, and it also loves to laugh,” the director says. “Somehow it is about the most important existential ideas that we confront in our lives, and it doesn’t forget the importance of laughter, the importance of joy. There’s so much joy in this piece. That’s part of what makes it wise. It’s through the lightness you can actually touch on such wisdom, the profound essence of humanity.”

Epic tales of travel have for so long been male-centric, focusing on the external—all conquering and battling. In this near textless tale, the journey is as internal as it is external, as intimate as it is grand. It’s a rare chance to see Monk’s operatic journey reimagined by a kindred spirit.

RELATED: How a Local Brewery Created a Beer Worthy of the L.A. Phil’s Centennial Season