Home Art Artists and Activists Are Taking Over a DTLA Warehouse for Nine Days... 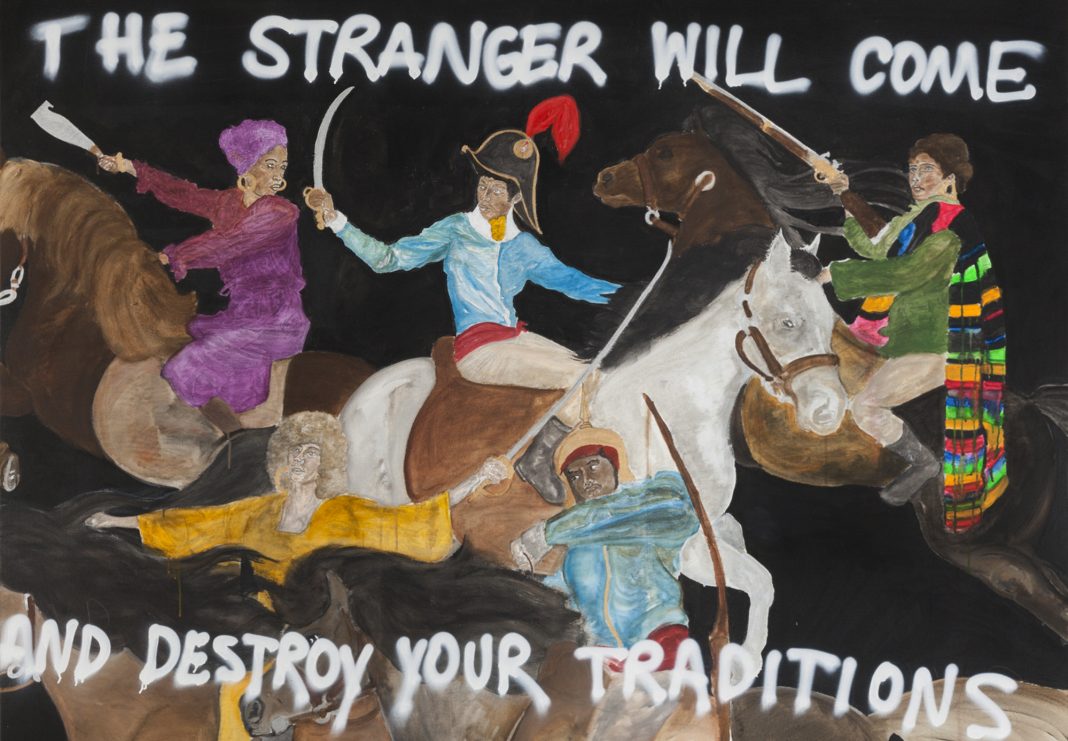 Creatives have always been at the forefront of political revolutions. And since Donald Trump’s inauguration last January, artists of every stripe—visual, musical, and otherwise—have been integral to the Resistance, from Shepard Fairey and his ubiquitous “We the People” prints to the innumerable LGBTQ+ artists and artists of color, for whom simply continuing to create became a political act.

As the one-year anniversary of the start of 45’s reign approaches—along with MLK Day and another Women’s March—activists and artists are launching a large-scale art exhibition and community gathering in a 40,000-square-foot raw space in downtown L.A. Called Into Action!, the social justice initiative features nine days worth of programming, from panels to yoga classes, centered around a massive display of political art; local artists include Robbie Conal, Ken Gonzalez-Day, Frohawk Two Feathers, and Sage Vaughn.

Beginning on Saturday, the calendar of events is jam packed with panels and workshops and big names. Some highlights include an opening ceremony with Tongva Elder Gloria Arellanes Pesagason Havoot, a Hollywood town hall with Jill Soloway & Rafael Agustin, and a panel entitled the Future of Storytelling hosted by the Black Eyed Peas (all Sat., Jan. 13); a discussion about dismantling white supremacy with Christian Picciolini and Shepard Fairey (Tue., Jan. 16); a panel on athletes and activism moderated by Women’s March co-chair Carmen Perez (Thu., Jan. 18); and a conversation on the criminal justice movement in Los Angeles with Bryan Stevenson and John Legend.

According to Yosi Sergant, the executive producer of Into Action!, the event is intended to “bring together artist and activists alike to build a creative community invested in justice; engage potent and talented culture creators; inspire hope into action; educate through panels, dialogues, and installations; define our shared values; and mobilize communities nationwide.” And it’s all free.

RELATED: 14 Ways to Get Engaged in L.A. After the Women’s March

A Research Project Zeroes in on the Instability Artists Face in L.A.