Home Entertainment ‘The Simpsons’ and ‘Family Guy’ Cast Black Actors to Take Over as... 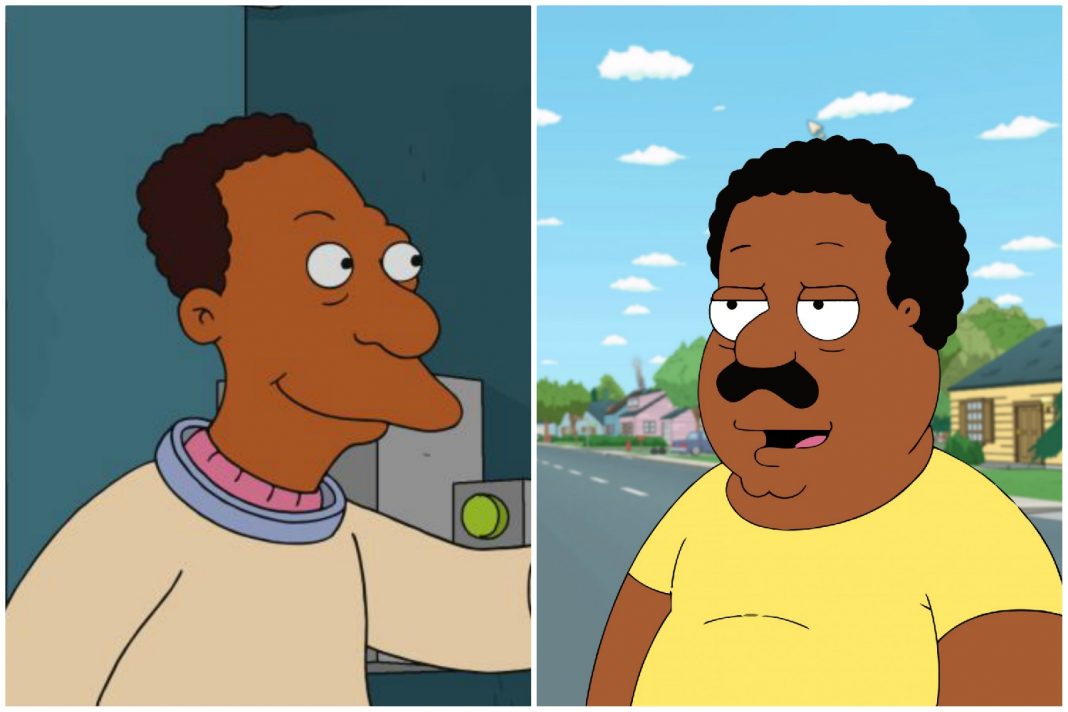 Starting this season, more Black animated characters–including beloved fixtures on Family Guy and The Simpsons–will be voiced by Black actors. On Friday, Family Guy creator Seth MacFarlane and showrunners Rich Appel and Alec Sulkin announced on Twitter that voice actor and YouTube star Arif Zahir will be replacing Mike Henry as Cleveland Brown on the Fox show starting with the 2021-2022 season.

Henry, who’s played Cleveland for two decades on Family Guy and for four seasons on its spinoff The Cleveland Show, announced in June that he would be stepping away from the role as calls for greater diversity in entertainment began to surge along with the mounting protests of police violence against Black people.

“It’s been an honor to play Cleveland on Family Guy for 20 years,” Henry wrote at the time. “I love this character, but persons of color should play characters of color. Therefore, I will be stepping down from the role.”

It’s been an honor to play Cleveland on Family Guy for 20 years. I love this character, but persons of color should play characters of color. Therefore, I will be stepping down from the role. pic.twitter.com/FmKasWITKT

Zahir will take over the role for Season 19, scheduled to air starting in 2021. The actor, known to his more than 6 million YouTube followers as Azerzz, has previously posted videos of himself imitating Cleveland playing Call of Duty: Modern Warfare, and singing Lil’ Mosey’s “Blueberry Faygo.” The likeness of the impression inspired pages of comments from fans calling on Family Guy producers to consider Zahir for the role.

“Firstly, I’m eternally grateful to have received this once in a lifetime opportunity,” he said. “When I heard that Mike Henry was stepping down from the role of Cleveland Brown—my favorite cartoon character of all time—I was shocked and saddened, assuming we’d never see him again. When I learned I would get to take over the role? Overabundant gratitude. To Mike, you created something truly special and I promise I will do my absolute best to honor your legacy. To Rich Appel, Alec Sulkin and Seth MacFarlane, thank you for this incredible gift. And to the millions of fans who love this show, I promise not to let you down.”

Elsewhere on Fox, Hank Azaria is stepping down as Homer Simpson’s pal Carl Carlson after playing the part almost since the series’ beginning. He will be replaced by The Flash actor Alex Désert on Sunday’s Season 32 premiere, although it’s unclear if he’ll be playing the part after that.

A statement from the show read only, “We are very pleased to welcome Alex Désert, playing Carl in the Simpsons season premiere,” with reps for The Simpsons declining to comment further. The show’s producers announced earlier this year that, “moving forward, The Simpsons will no longer have white actors voice non-white characters.”

The movement to highlight voice actors of color extends beyond the Fox network. Jenny Slate announced in June that she was quitting her role as half-Black, half-Jewish Missy Foreman-Greenwald on Netflix’s Big Mouth. Last month, Slate was replaced by Ayo Edebiri.