Home Uncategorized ArcLight Cinemas is Having an ’80s Moment 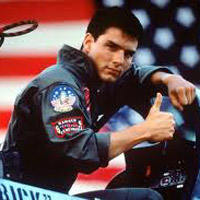 ArcLight Cinemas is having an ‘80s moment. This month the four ArcLight locations will be screening 15 classics from the neon decade. The scheduled dates and showings are below. We can only hope the credits for Ferris Bueller’s Day Off run in Pasadena a good two hours before Scarface begins in El Segundo. Otherwise, there will be sacrifices.