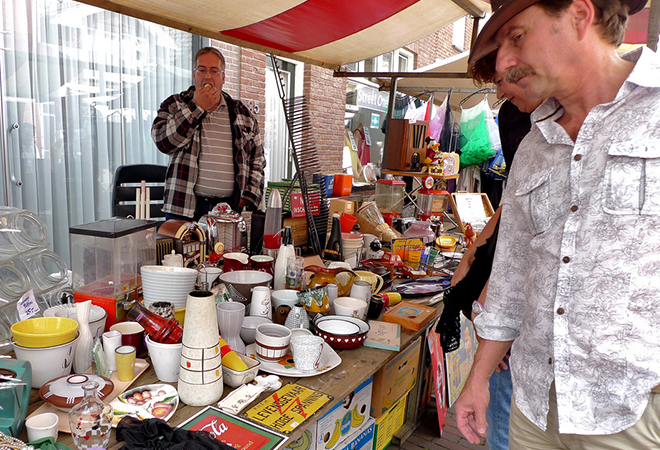 On Sunday at 3 p.m. the United States plays Portugal in the World Cup action (watch the match at one of these watering holes). Here’s how to spend the other 57 hours of your weekend.

ART: Made in L.A. 2014
The city’s second biennial exhibition features works from 35 Los Angeles artists (60 were featured at the debut event in 2012). Between paintings, installations, videos, sculptures, photography, and performances, there’s a little bit of everything. More information (Through Sep. 7; Hammer Museum)

FOOD: DTLA Night Market
Experience the nocturnal bustle of cities such as Bangkok and Hong Kong at a bazaar that draws 150 vendors and artisans. More information (June 20-21; Staples Center)

MUSIC: Opening Night at the Bowl
What a sunny way to kick off the Hollywood Bowl’s summer season. It’s Hall of Fame induction night, and the recipients are a really fun mix: lounge act Pink Martini, Broadway belter Kristin Chenoweth (inducted by none other than Carol Burnett), and 1980s pop princesses the Go-Gos. Top it off with fireworks and new benches, and your summer has officially started. More information (June 21; StubHub Center)

OUTDOORS: Los Angeles River Ride
There are ten routes to choose from that traverse the urban waterway. More than 2,000 riders are expected to make the trek, which benefits the Los Angeles County Bicycle Coalition. More information (June 22; various locations)

ART: Art of the Apes
Planet of the Apes enthusiasts rejoice: There’s an exhibit that pays homage to the epic franchise. Showcasing artists from film, television, fine art, and more, it will celebrate more than four decades of the Apes universe. More information (Opens June 21; Creature Features)

DANCE: Music+Dance: L.A. I
American Contemporary Ballet presents Astaire Dances and Martinu String Quartet No. 2 in collaboration with the Da Camera Society. The program, set to live music, features re-creations of “I’m Old Fashioned,” “Dancing in the Dark,” “Oops,” and “All of You” in addition to an original Astaire-inspired piece conceived by ACB artistic director Lincoln Jones. Meet the dancers and musicians afterward during a reception with hors d’oeuvres, wine, and live jazz. More information (June 20-22; 5900 Wilshire Blvd.)

MUSIC: The Milk Carton Kids
The Eagle Rock duo, now with three albums under their belts, returns to L.A. for one night to perform their musical stylings, which are best described as a modern spin on folk. More information (June 21; Aratani Japan America Theater)

ART: John Van Hamersveld: The Poster Show
If a single image could capture the California dream, it’s the movie poster for The Endless Summer. The designer behind the one-sheet is the subject of this Lancaster museum retrospective. More information (Opens June 21; Lancaster Museum of Art & History)

MUSIC: Joe Henry
The acclaimed songwriter and Grammy-winning producer has recorded albums that have been loosely categorized as rock, folk, jazz, and alt-country while working with artists as diverse as Ornette Coleman, Elvis Costello, Mavis Staples, and Madonna. There are two shows: an early solo set and a late show with a band. Or you can get the combo package and catch both. More information (June 21; Largo at the Coronet)