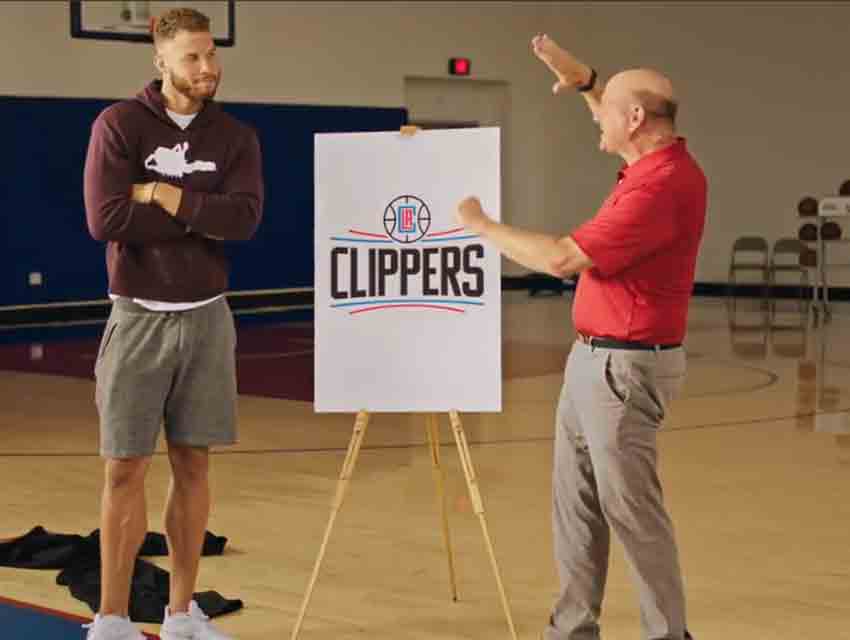 Last week, Funny or Die posted a video featuring Clippers owner Steve Ballmer and power forward Blake Griffin riffing on the team’s new logo. We asked Paul Brownfield, who profiled the team and its owner in the July issue, for his take on the spoof.

“It’s pure Ballmer in ham form. There’s a vintage 1980s ad for Windows on YouTube starring Ballmer in a leisure suit, doing a Crazy Eddie routine. Watch it alongside the Funny or Die bit and you’ll see: Thirty years later and he’s still at it! Still the ‘sideshow,’ as he called himself to me.”

An earlier version of this post incorrectly suggested that actors were hired for Funny or Die’s video.