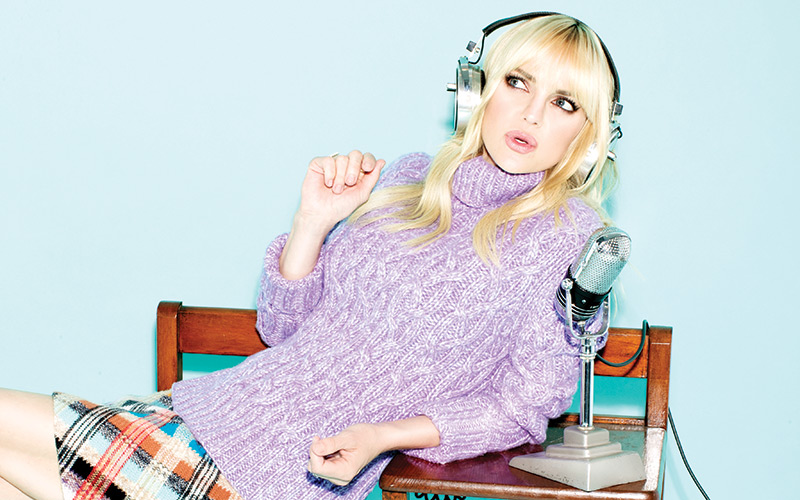 If ever you plan on interviewing Anna Faris, you might want to also plan on divulging your life story. It won’t be anyone’s fault. First the 40-year-old actress and host of the podcast Anna Faris Is Unqualified will insist that she isn’t good at doling out wisdom. (She is wrong.) Then she will lovingly coax you into sharing your L.A. dating experiences. (“I like to talk about the challenges of dating here,” she’ll tell you.) Then she will respond with such sincerity that you’ll forget you’re there for any other reason besides brunching with your new best friend, Anna. Forty minutes later you will insist that she was born to be an advice-giving podcast wizard. (There is also quantifiable proof of this: Faris’s show was named EW ’s best podcast of 2016, and she’s even spinning it into a memoir.)

“I really thought the podcast was going to be a dinky hobby that no one would listen to.”

“I knew I never wanted to be snarky toward our callers,” she says. “I wanted to sacrifice humor for caring and generosity.” Her celebrity guests—Seth Rogen, Aubrey Plaza—get in on the therapy sessions, too, offering heartfelt insight to distressed fans. And while Faris admits that Unqualified is still finding its footing, she’s in the game for the long haul. Here she talks about her doughnut addiction and the worst dating advice she can think of.

If your podcast mic were made of any L.A. food, what would it be?
Kettle Glazed doughnuts. They have some doughnut that’s like a deep-fried croissant with frosting on it. I’ve been Postmating them, so I don’t know where they’re located. That’s so L.A.—I never leave my house.

Three celebrities you’d resurrect to be on an episode of Unqualified ?
Bea Arthur, Brittany Murphy, and Robin Williams. All three of them would be really good at giving advice. Bea would be practical, and Brittany would be loving. Robin had that wonderful combination of being comically brilliant but incredibly caring.

You were a lit major. Character from a novel you wish would call into the show?
Nancy Drew. She needs a little distance from her father. I think she needs to go study abroad in, like, Brazil.

Celebrity couple—dead or alive—you’d love to give advice to?
Goldie Hawn and Kurt Russell. I have no advice to give them, though. They could give me advice.

Animated character you’d bring on as a guest?
Donkey from Shrek. He’d be so funny!

On Instagram you said your backup career would be pro wrestling. What would your stage name be?
I would get about five days of being a pro wrestler, and then I’d be dead. So I think I’m going to go with Miz Defeated.

Worst L.A. relationship advice?
Probably something I did. One time, as a joke, I asked a guy if he had any roofies. He was confused, but it made me giggle. So I guess, Don’t ask for roofies?