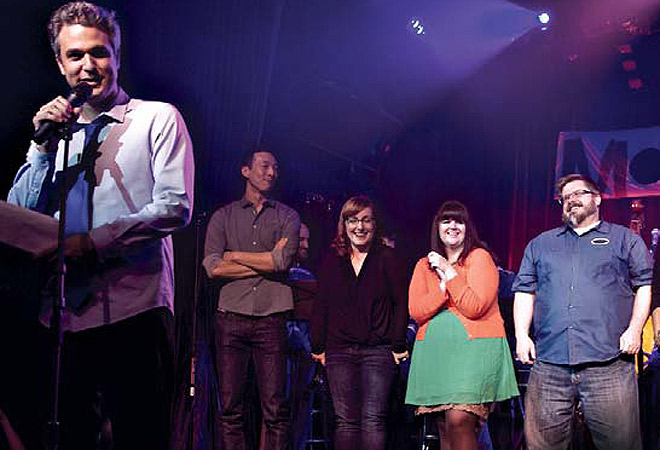 Dave Nadelberg didn’t set out to become an archaeologist of teen angst. A frustrated TV writer looking to create his own production, he asked friends to dig up their old journals. Eleven years later the relics haven’t stopped coming in. They’re the basis of Mortified, a periodic stage show in which ordinary people read diaries, poems, and mash notes from their formative years. From its home base in Hollywood (look for it at King King on December 11), the storytelling fest has branched out to nine other cities. No matter the location, Mortified remains a pageant of anxiety, yearning, and impossibly smutty fantasies written by virginal pre-teens (Nadelberg owns up to writing aching poetry about bagpipe music). Captured in a recent documentary, Mortified Nation, the confessions are remarkable for their earnestness. “There’s an attitude that for something to be considered good, it can’t be sincere,” Nadelberg says, “and I’m tired of that.” Though it originated as entertainment, Mortified has evolved into a performance that is both cathartic and hilarious—for subjects and audiences alike. By reveling in our most embarrassing moments, we break their hold on us and celebrate our universal awkwardness.