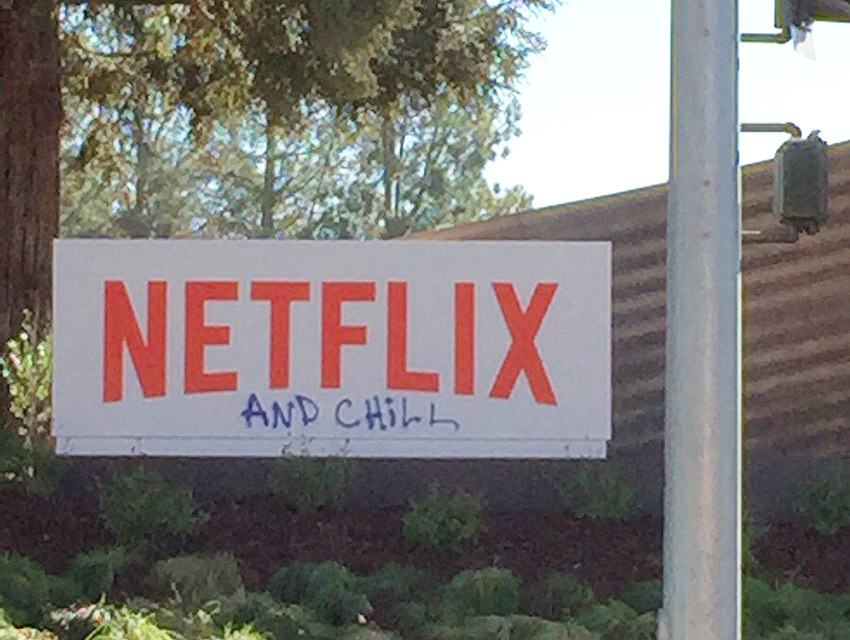 Four days ago, a dutiful Redditor posted the below picture with the caption, “The Mother Ship got hit last night”:

The mother ship in question is Netflix’s Los Gatos, California headquarters, where a sign was tagged with the words “and chill.” In an effort to give some context for those who don’t live on the Internet, “let’s Netflix and chill” is the new “let’s listen to music in my dorm room,” aka the millennial’s ultra-lazy attempt at a booty call. Someone even saw the perpetrator in the act of making Netflix more famous than it already is. Talk about art imitating life.

My brother took this picture of someone tagging up the Netflix headquarter sign 😂 pic.twitter.com/NaU8MKTC0q