Home Beauty Amy Schumer Gets Real About L.A. and Hollywood in Her HBO Special 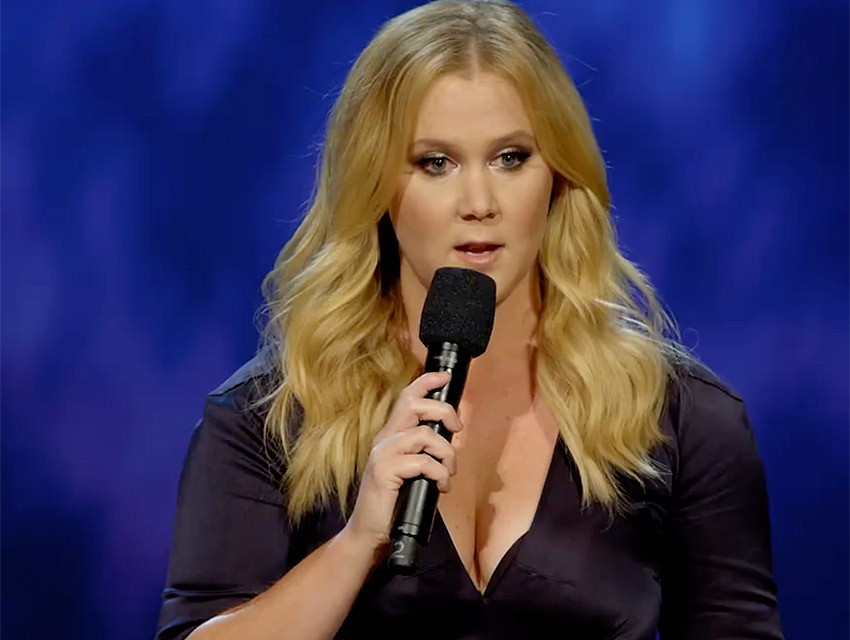 Anyone who’s lived in Los Angeles for more than two years knows that certain stereotypes about our city are based in truth.  There are, for instance, a disproportionate number of beautiful people here. There is a heavy focus on physical fitness. And that focus is indeed much more pronounced among those of us trying to get our bodies in front of cameras. These L.A. cliches rarely get more than passing, uninformed mentions, especially when taken on by people who don’t really understand the city. But this weekend, Amy Schumer fleshed them out in excruciating detail in her HBO stand-up special. On stage at the Apollo, Schumer dissected the difference between New York and L.A., dieting for a job, and hyperlocal hotness. “I just love New York ’cause its a town where I can get laid,” she began. “Like, I can catch a D here kinda whenevs. Yeah. And I was in L.A. for a little while and um, can’t. Can’t there.”

Part of the problem, she went on, is that L.A. is “filled with the most beautiful people from all over the world.”

“So, picture the most beautiful girl in your high school,” she said. “And everybody was like, ‘You’re too pretty for Buffalo, Brittany! Go to L.A.! Go!’ Everyone is hot there. Everybody. OK? I saw a guy who was cleaning up a Pizza Hut bathroom. I would have paid this guy to fuck me. I would have paid him. Good money.”

So, this is actually true. And again, it’s a level of specificity that’s glossed over all too often. In certain parts of L.A., firemen are hot. Police officers are hot. Bartenders, of course, are scorching hot. Basically, Sunset Boulevard—all the way from the beach to Union Station—is populated by the homecoming kings and queens of every high school all across the country. This problem gets much worse, Schumer went on to explain, if you’re going to be in front of a camera (any camera). For instance, she said, after finding out that her movie Trainwreck was going to get made and that she would play the starring role, she had a conversation with executives. “They were like, ‘We just need you to do three things,'” Schumer said. “‘One, just be yourself! Two, have fun. And three, stop eating food.’ And I was like, ‘Wait a minute, I’m sorry, don’t people need food to live?’ They were like, ‘That’s a myth!’ … And like, that’s the secret, I found out. That’s Hollywood’s secret. They don’t put food in their faces.”