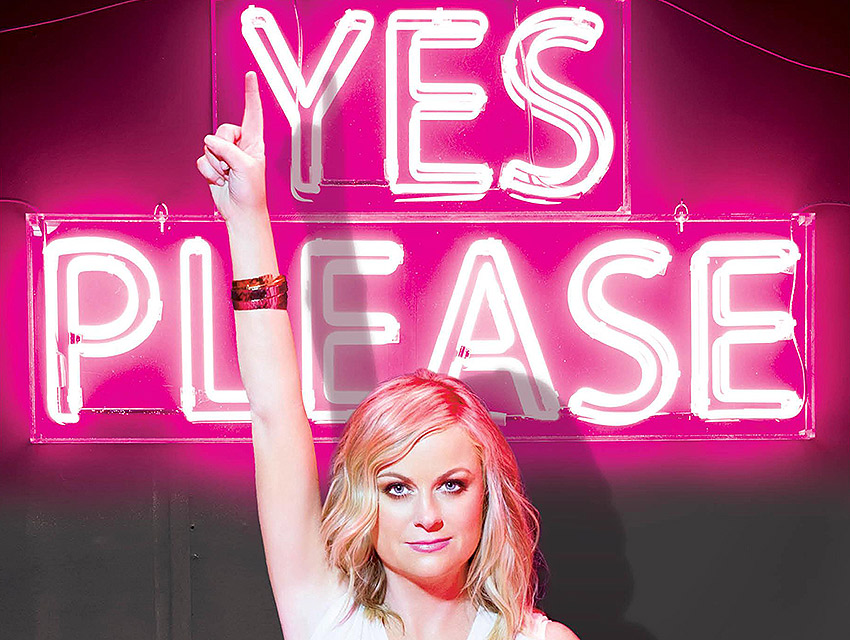 As if we needed any more reasons to beach ourselves in front of the TV, NBCUniversal announced today that they will be launching a comedy-centric streaming service called SeeSo in January of 2016.

For $3.99 a month, subscribers will have access to a variety of original series, licensed content, and exclusive programming—which, according to THR, includes The UCB Show, “a weekly variety showcase for the best sketch, characters and stand-up homegrown at the UCB Theatres in L.A. and NYC.” The series will be hosted by UCB co-founders Amy Poehler, Matt Besser, Ian Roberts, and Matt Walsh and will be filmed live at UCB’s new digs on Sunset.

The news of SeeSo’s existence will likely be a relief for the indecisive set (a singular service dedicated solely to one genre removes the paralysis associated with too many choices). It’s like, if Netflix is the Cheesecake Factory’s entire menu, SeeSo is only the cheesecake section. Which is a win. “By focusing on a specific yet large niche, and providing a curated experience, we can help viewers find good stuff they might not or cannot find,” NBC’s Evan Shapiro says.

Check out a complete overview of SeeSo’s planned listings below:

Before the Morning After
A late-night comedy entertainment show featuring the world’s best comedians getting drunk in a diner at 2 a.m. at the world’s largest festival. Hosts include Jena Friedman, Alex Edelman, Greg Proops, and more. Executive produced by Gary Reich for Brown Eyed Boy. Ten, 15-minute episodes.

Flowers
An imaginative, cinematic comedy about an eccentric family — The Flowers — struggling to hold themselves together. Starring Olivia Colman and Julian Barratt. Written and directed by Will Sharpe. Executive produced by Naomi de Pear and Diederick Santer for Kudos. A co-production with Channel 4. Six, half-hour episodes.

Gentlemen Lobsters
Based on the hit GQ series, Garrett and Quinn are best friends and roommates struggling to survive the devastating reality that is being a 20-something lobster. Starring and executive produced by Kevin Burrows and Matt Mider. For Condé Nast Entertainment, executive producers are Dawn Ostroff, Michael Klein and Jed Weintrob. For HotHouse Productions, executive producers are Michael J. Rizzo and Sean Conroy. Eight, 15-minute episodes.

New York’s Funniest
Launched in 2008 and set at the famed Carolines on Broadway, the “New York’s Funniest” competition is open to any and all performers from around The Big Apple — the comedy mecca — who think they have what it takes to be “New York’s Funniest.” Executive produced by Caroline Hirsch, Louis Faranda, Andrew Fox and Lou Wallach. Four, half-hour episodes and one hourlong episode.

Night Train with Wyatt Cenac
A freewheeling mix of stand-up, music and other surprises, where anything can happen and anything is welcome, Night Train with Wyatt Cenac captures the amazing talent and spontaneity that has made the live show a staple of the New York comedy scene for the past three years. Starring and executive produced by Wyatt Cenac. Produced by Avalon Television Inc., with Marianne Ways as executive consultant. Six, hourlong episodes.

Take My Wife (w/t)
A half hour single-cam series that follows a young married couple as elements of their domestic lives provide material for the underground stand-up showcase they co-host. Starring and executive produced by Cameron Esposito and Rhea Butcher. Executive produced by Scott Aukerman and David Jargowsky for Comedy Bang! Bang! Productions. Six, half-hour episodes.

The Amazing Gayl Pile
A scripted series about one man’s misguided quest to conquer the world of home shopping. Starring and executive produced by Morgan Waters and Brooks Gray. Executive produced by Matt King and Andrew Ferguson for LaRue Entertainment in association with Tom Spriggs for The Coronel Group, Jonathan Stern for Abominable Pictures, Paul Scheer for 2nd Man on the Moon and Becca Kinskey. Ten, 15-minute episodes.

The Cyanide & Happiness Show
An animated comedy series based on the popular web comic, which has cultivated a passionate online following with more than 4.9 million YouTube subscribers and 821 million views, including a record 117 million monthly views this past August. Created and executive produced by Rob DenBleyker, Kris Wilson and Dave McElfatrick of ExplosmEntertainment, and executive produced by Collective Digital Studio. Ten, 15-minute episodes.

Thingstarter
A workplace comedy with reality elements, Thingstarter is about a startup company that develops ridiculous yet plausible products and takes them into the real world to get feedback from real people and experts. Created and executive produced by Lucas Klauss, Matt Moskovciak, and Ben Stadler. Executive produced by Jen Danielson, Ashley Bearden, and Josh Poole for Above Average. Six, 15-minute episodes.

Besser Breaks The Record
An hourlong stand up special from Matt Besser. From Comedy Dynamics.