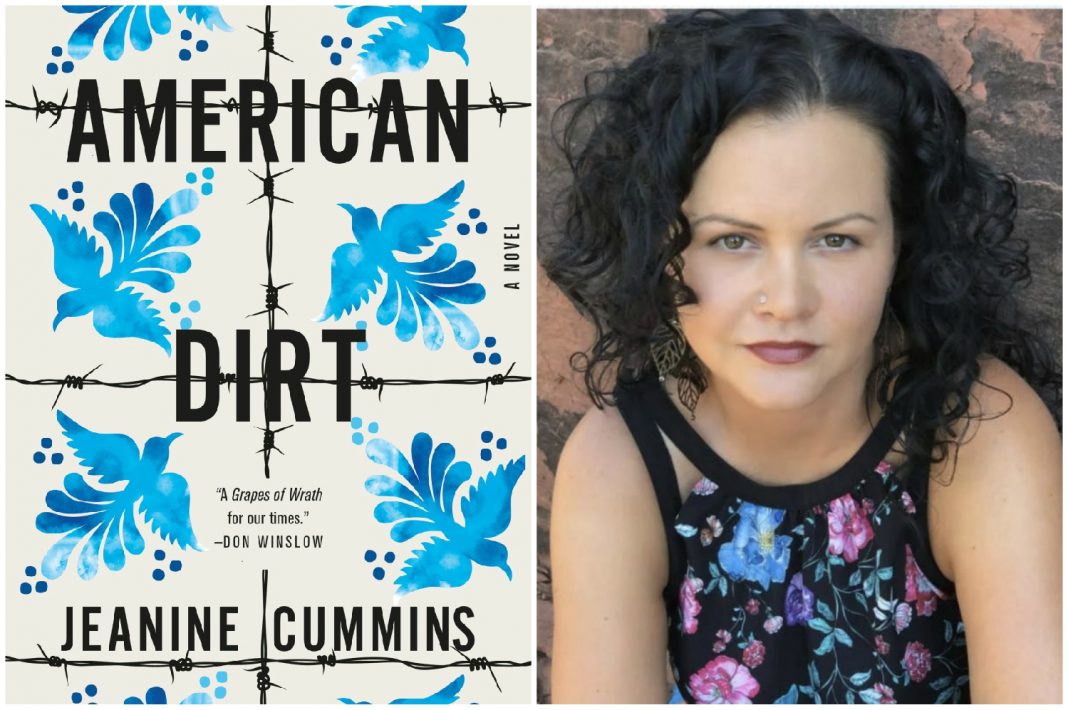 Author Jeanine Cummins was scheduled to speak about her new book, American Dirt, at a bookstore in Pasadena on Tuesday. Today, Vroman’s announced that the event has been called off by the book’s publisher, as the controversy around the book continues to escalate, raising important questions about what type of person gets to tell what story.

The novel tells the story of a Mexican woman who makes an arduous journey from Acapulco to the United States with her young son after her husband is killed by a drug cartel. American Dirt generated tremendous prepublication buzz for its timely subject matter and landed on several lists of most anticipated books of 2020. Nine different publishers bid on the manuscript, according to Buzzfeed, with Flatiron Books ultimately securing it and signing Cummins–the author of previous books The Outside Boy, The Crooked Branch, and A Rip in Heaven–to a lucrative deal.

Before the book even hit shelves, work was already underway on a film adaptation and Oprah picked it for her book club. On the release day, Gina Rodriguez, Salma Hayek, and other celebrities posted Instagrams praising the book and thanking Oprah for sending it to them.

The backlash was immediate.

“I am an immigrant. My family fled El Salvador with death pounding on our door. The terror, the loss, the injustice of this experience shaped everything about me. I see no part of myself reflected in #AmericanDirt, a book white critics are hailing as the great immigrant novel,” wrote Los Angeles Times journalist Esmeralda Bermudez on Twitter.

I am an immigrant. My family fled El Salvador with death pounding on our door. The terror, the loss, the injustice of this experience shaped everything about me. I see no part of myself reflected in #AmericanDirt, a book white critics are hailing as the great immigrant novel.

What I do see: A book industry that’s so out of touch — that so rarely supports immigrants to tell our own stories — eager to make money off of our suffering with a cheap, stereotypical thrill. #ImNotAmericanDirt. Neither is any immigrant I’ve known in 17 years of journalism.

Bermudez was far from alone in her critique of the work, the author, and the publishing industry that chose to elevate this particular story as the must-read narrative about immigration at this moment in time.

Cummins is an American citizen, and had, for most of her career, identified as white. In a 2015 essay for The New York Times, she wrote, “I am white. The grandmother I shared with Julie and Robin was Puerto Rican, and their father is half Lebanese. But in every practical way, my family is mostly white. I’ll never know the impotent rage of being profiled, or encounter institutionalized hurdles to success because of my skin or hair or name. But I care about race and equality.”

In the run-up to the book’s publishing, Cummins referred to herself as white and Latina.

I keep thinking about how Jeanine Cummins wrote, in print, that she was white five years ago and how she POOF! suddenly made herself latina ahead of her new book. And how that’s directly related to actual latinas who aren’t white and don’t get the book deals and movie contracts.

While authors throughout time have written compellingly from the perspective of characters unlike themselves in many ways, American Dirt troubled people for reasons beyond simply the origin of the author. It appeared to some to delve into stereotyping of Mexican and Central American characters–and exploitation of the very real struggles many migrants experience. On Medium, Mexican-American author and translator David Bowles called the book “harmful, appropriating, inaccurate, trauma-porn melodrama.”

#Americandirt is now an @oprahsbookclub selection. As a Mexican immigrant, who was undocumented, I can say with authority that this book is a harmful, stereotypical, damaging representation of our experiences. Please listen to us when we tell you, this book isn’t it.

The controversy highlighted deep concerns many have about the publishing industry’s lack of diversity. According to a 2015 study, 79 percent of people working in book publishing and 89 percent of professional book reviewers are white. Many critics online have noted that, in a more inclusive publishing and media ecosystem, perhaps stories from voices closer to the subject matter would have been elevated instead of American Dirt.

In what may have been the last straw before cancelling further public events, photos leaked from a lavish book party, showing that the publisher had arranged for floral centerpieces designed to resemble high walls, wrapped with barbed wire. While intended to be evocative of the book’s cover, the choice hit online as particularly tone-deaf.

Her wealthy publisher threw her a book launch with barbed wire centerpieces where guests ate lobster. You can’t make this shit up! https://t.co/trlDsFEqnh

As of now, there is no plan to reschedule the Vroman’s event. On the bookstore’s website, a statement reads: “Months ago when booking the event, we believed we were booking a novel about an important issue of our time and hoped it would spark needed discussions about immigration. The controversy surrounding this book has ended up sparking another important conversation about own voices.”