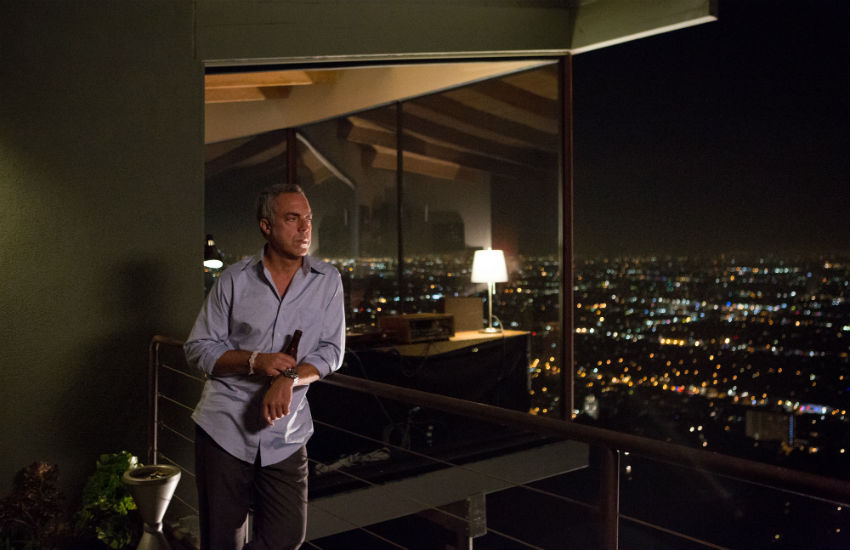 Harry Bosch and his partner are staked out in a cop car in Montecito Heights. The lights of Dodger Stadium glimmer in the distance while Vin Scully calls out the ball game’s pitch count over the radio. The steep streets are lined in craftsman-style homes with barred windows and plastic toys litter the overgrown lawns. The look and feel of these neighborhoods is familiar to most who live in Los Angeles, but they would be unrecognizable to the millions who only know L.A. filtered through Hollywood and their own television screens. Until now the city that leads the country in television production has been lacking for an accurate representation in its own medium. In Amazon Studios new series, Bosch, executive producers Eric Overmyer (The Wire) and Henrik Bastin bring Michael Connelly’s gritty literary portrait of L.A. to the screen.

Bosch is a serial crime drama based on Michael Connelly’s best selling novels featuring the relentless LAPD Homicide Detective Harry Bosch. Starting today, the entire first season of 10 episodes can be streamed via Amazon Prime Instant Video. Starting with The Black Echo in 1992, Connelly has written 19 novels following Bosch’s career. The first season of the series focuses on the primary story from the book City of Bones (published in 2002) with elements of Concrete Blonde and Echo Park filtered in.

“You don’t go down to the bookstore to buy one chapter at a time, and the great thing about Michael’s books are that you can’t put them down. You gotta find out what the hell is going on,” says Bosch star Titus Welliver (The Good Wife, Sons of Anarchy) who plays the titular character. Welliver, whose Bosch co-stars include Jamie Hector, Amy Aquino, Lance Reddick, and Annie Wersching, was first interested in the serial television format (as opposed to one-storyline-per-episode) because it “allows the story to unfold in a way that is more like reading a book. The viewer can get wrapped up in the show like it is their favorite page-turner.”

The goal with Bosch has always been to present a realistic image of L.A. “I’m writing about a guy who doesn’t exist,” says Connelly. “Harry Bosch is imagined. If I’m going to sell him as a realistic character, whether it’s in a book or a TV show, I’ve got to anchor him in something that is real, that is solid and is accurate.” The strong emphasis on location in the novels has successfully transferred to the screen. Still, if you feel lost Google Maps has created a city guide called Harry Bosch’s Los Angeles to show urban explorers and fans a glimpse of Harry’s world.

So what is the final verdict? Bosch gives us a quality serial crime drama that celebrates Los Angeles. “One of my favorite things is that the first voice you hear on this show is Vin Scully’s”, Connelly says. “He brings us into the story. We were very conscious of that. In those first fifteen seconds. That’s L.A. Barred windows. Graffiti. Look at that view.”