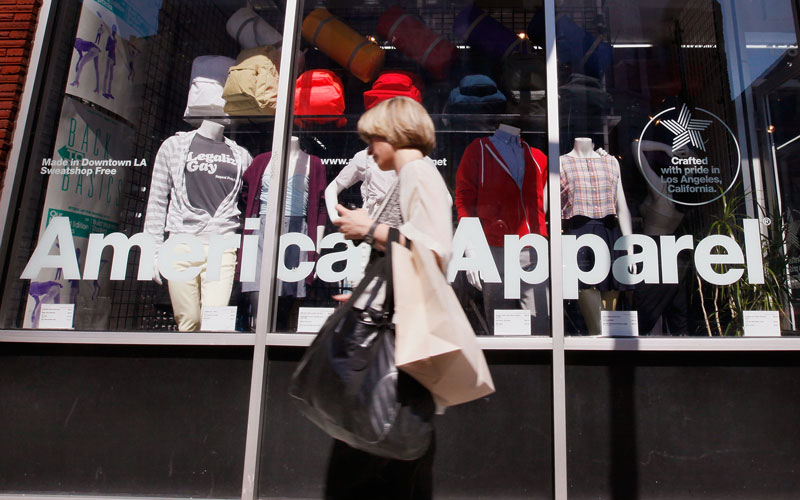 Amazon and Forever 21 are among the companies considering offers to buy the L.A. clothing company American Apparel ahead of a Friday deadline, according to a Reuters report. American Apparel filed for its second bankruptcy in November after a turnaround strategy failed. In that filing, the company agreed to a $66 million offer from Canadian apparel company Gildan Activewear, Inc., so any offer by Amazon, Forever 21, or other potential buyers would have to top that. The bankruptcy auction is expected to be finalized next week.

Gildan’s bid included an option to keep American Apparel plants in California open, but much of the company’s production happens outside of the United States. American Apparel has long prided itself on the fact that its products are “sweatshop free” and “made in the USA,” which could make it appealing to Amazon. The online giant run by Jeff Bezos has faced criticism from President-Elect Donald Trump, and Business Insider suggests the company could have a political incentive to acquire the clothing company. American Apparel employs 4,500 workers, and Amazon may see an opportunity to mend its relationship with Trump by keeping jobs in the United States, a victory the president-elect could claim as his own, as he is wont to do.

With American Apparel’s future uncertain, employees at the company’s factory downtown fear layoffs. Workers have noticed increased security, which has preceded layoffs before, but a company spokesperson said, “Personnel plans will not be made until a deal with the buyer is complete.”