Home Uncategorized All Your L.A. May Music Residencies: Air Life, The Acetates, Monogem, and... 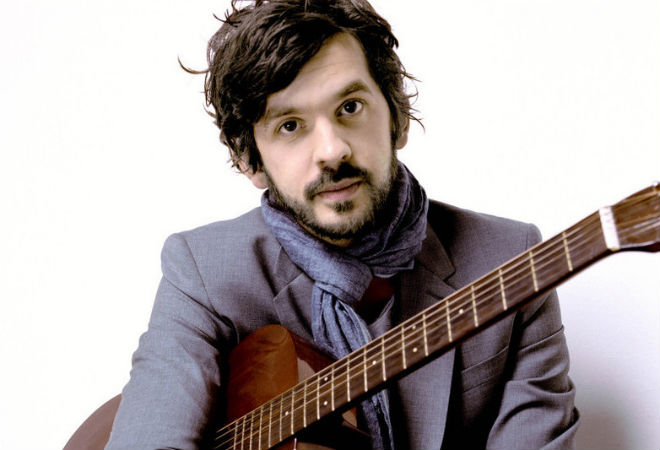 From synth-pop duos to ‘90s rockers to R&B (both modern and vintage), the residency schedule in Los Angeles for May has a rhythm for everyone. Grab a corner stool and check out one of these upcoming shows (for free or cheap) at stages across the city.

Monogem at the Bootleg HiFi (May 4, 11, 25)
The collaboration between singer/songwriter Jen Hirsh and producer Scott Smith is still in its larval stage, with only two songs released to the public. Hirsh seems miles away from her 2012 stint as an American Idol contestant and right at home in the ethereal sounds served up by Monogem.
Think: New wave revivalists in the vein of MS MR
Listen: via Soundcloud
Cover: Free

Jody Porter at Viper Room (May 5, 12, 19, 26)
The “power” in Fountain of Wayne’s power-pop, Jody Porter has a new album (funded partially by Kickstarter), Month of Mondays, due out soon. Expect a show filled with songs from that LP and his debut solo record released in 2010.
Think: Late ‘90s KROQ-esque guitar rock or ba solid but unreleased Fountains of Wayne record
Listen: via Spotify
Cover: $10

In the Valley Below at the Echo (May 5, 12, 19, 26)
The Echo Park duo has a full dance card in May, playing for four nights at the Echo along with free residencies at the Constellation Room in Santa Ana and the Casbah in San Diego. The band’s debut album, The Belt, is currently only available as a Record Store Day exclusive, but it’s due for a wider release later in 2014.
Think: Synth-pop with a darker edge.
Listen: via Soundcloud
Cover: Free

Air Life at the Satellite (May 5, 12, 19, 26)
The hyper-talented Taylor Dexter is already the drummer for local acts Hunter Hunted and Body Parts, but he picks up the guitar and steps in front of the microphone for this new quartet. With only one released single, “Air Life,” he’s likely to be in full experimental mode for four nights at the Satellite.
Think: Michael Jackson circa “Human Nature”
Listen: via Soundcloud
Cover: Free

The Acetates at the Silverlake Lounge (May 5, 12, 19, 26)
The band’s debut EP is set for release at the end of the month but residency attendees can pick one up at any of the Monday night shows. The band’s second single, “Self Portrait,” isn’t called “Blue Suede Shoes,” despite those words being repeated throughout; that title’s already been taken.
Think: If Conor Oberst lightened up a bit
Listen: via BandCamp
Cover: Free

Jarell Perry at the Bootleg HiFi (May 5, 12, 19, 26)
The young R&B crooner has already caught the attention of MTV, which featured him on its “Buzzworthy” site. Like so many of his generation, he got his start on YouTube, where he was noted for cover versions of tracks by artists like Miguel, Usher, and Stevie Wonder.
Think: The after-club mix for the drive home with a significant other
Listen: via Soundcloud
Cover: Free

Dreamland at the Silverlake Lounge (May 7, 14, 21, 28)
The relatively new band already has the attention of local tastemakers Independent.FM, which is sponsoring this four-night residency and a host of music videos (official and otherwise) on its YouTube channel.
Think: The surf rock years of Pixies frontman Frank Black’s solo career
Listen: via YouTube
Cover: Free

Thomas Dybdahl at the Hotel Café (May 7, 14, 21, 28)
The Norwegian singer/songwriter performed at the tastemaking It’s a School Night showcase on May 5 before releasing his newest album, What’s Left Is Forever, the next day. Virtually unknown in America, his last four full-length releases have topped the charts in his home country.
Think: Ray LaMontagne, with a hint of R&B for grownups
Listen: via Spotify
Cover: $10

Broken Arrow at the Hotel Café (May 14 and 28, June 11)
The collaborative project between Charlie Clark and Brandi Emma hasn’t yet produced a single, but the former’s alt-folk and the latter’s straight-ahead pop provide a few clues. Under the name Emma Burgess, Brandi Emma released her debut album in 2006 and was recognized by Rolling Stone at the time.
Think: If Heather Nova joined Mumford and Sons
Listen: His and Hers, both via Spotify
Cover: $10

Shoshana Bean at the Hotel Café (May 3, 10, 17, 24)
The Broadway star best known for her turn as Elphaba in Wicked has two solo albums out including 2013’s O’Farrell Street, both of which showcase her soulful vocals and late ‘60s influences. Expect a voice that can blow the doors off of the Hotel Café.
Think: A polished take on 1960’s R&B.
Listen: via Spotify
Cover: $10