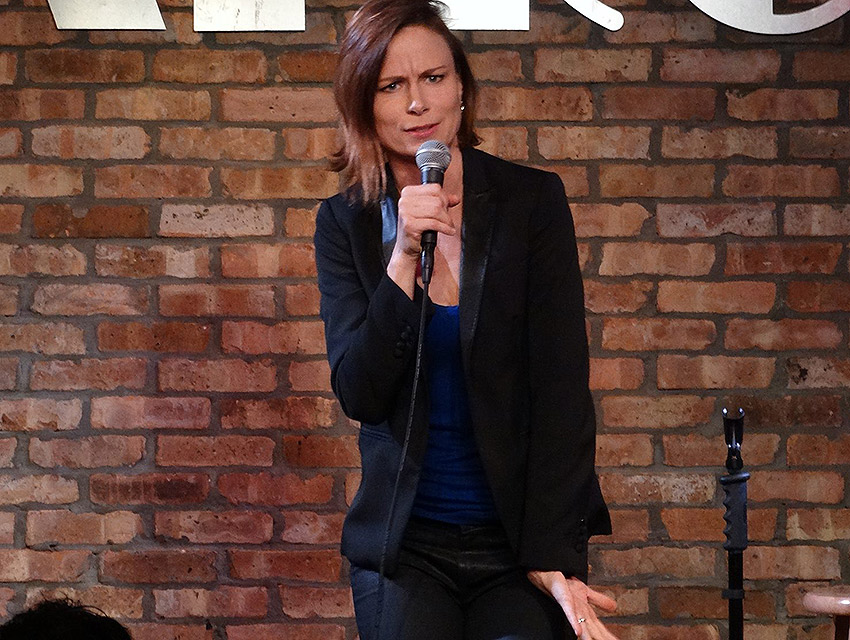 Let’s just get this out of the way: Dating is the worst. Literally everyone hates it. No one wants to do it, and it’s miserable and awful. And yet, most of us participate in some way, because on some reptilian level, we suspect that being in a relationship with someone you love and care about and even like as a human is pretty swell.

Tonight, at the Flappers Comedy Club in Burbank, actress and comedian Mary Lynn Rajskub (pronounced “RICE-kowb”) will explore this conundrum at The Great Love Debate. The event consists of 100 single men and 100 single women (we’re guessing it’s for a hetero audience…?) who’ll discuss why they can’t just get their shit together already and like one another enough to couple up (or polyamory up, or swing, or come to some other sort of mutually conducive relationship agreement).

Rajskub seems like the right person to host this event. In addition to being super smart and witty and quirkily charming, she’s been through the ninth ring of hell that is dating in your 30s in…well, anywhere, really, and so can comment without the smugness that one sometimes finds among people who tapped out in high school and have remained in committed (if sometimes cliched) relationships ever since.

During an interview on The Great Love Debate podcast recently, Rajskub—who, for the record, was voted one of People magazine’s Most Beautiful People in 2007—discussed what it was like to date post-30.

“As a woman, first of all, I got my breasts enlarged,” she said. “I dropped everything. I got them enlarged to an A-cup, and then things changed for me.”

BUT SERIOUSLY. Rajskub said that she mostly sucked at dating, and it wasn’t until she started feeling better about herself and developing confidence that she started to get better at meeting other people.

“I was, like, a serial monogomist who would date people in my own social clique,” she said. “I don’t know how to flirt…For my own self-esteem, I learned how to wear high heels, how to dress, because I didn’t know that going into it. When I first got to Hollywood, it was like, large t-shirts, and like, ‘What are you looking at?’ It was like that with dating too.”