Home Film L.A.’s Alamo Drafthouse Is Launching in July. For Real This Time 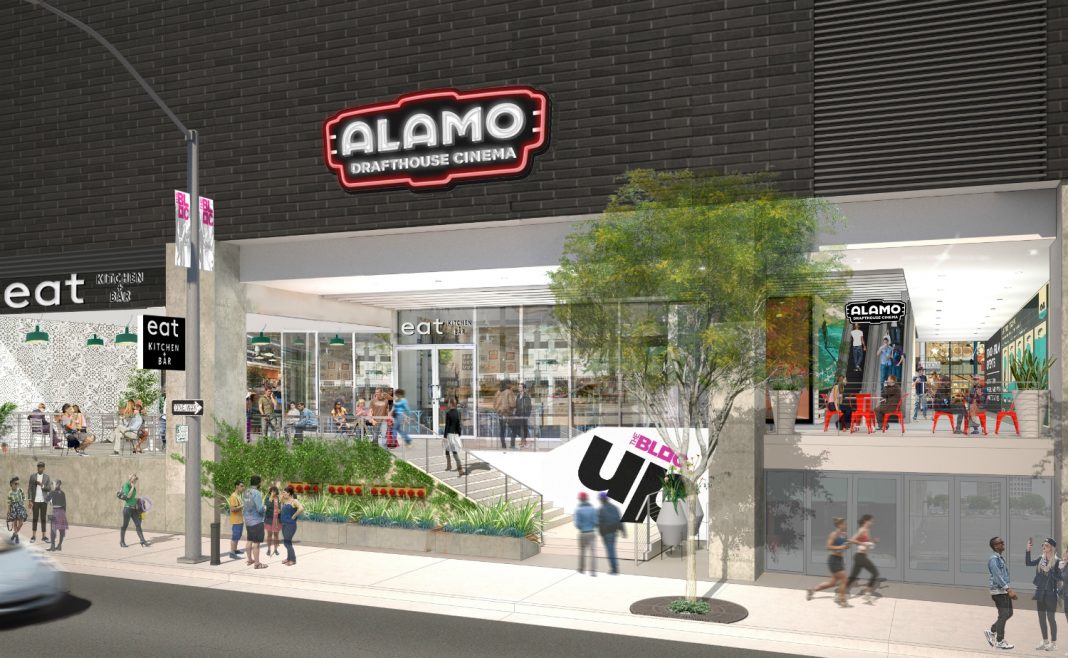 For local cinephiles, the saga of Alamo Drafthouse Cinema’s arrival in Los Angeles has been a real roller coaster.

The Austin, Texas-based indie movie theater chain has managed to open 37 locations since 1997—everywhere from Orlando, Florida, to Omaha, Nebraska, where they have two theaters—but expanding to L.A. hasn’t gone nearly as smoothly. Famous for both its cutting-edge programming and in-theater food and drink service, Alamo was originally slated to open an L.A. location sometime in 2015. Two years later, in 2017, the developer behind the project said it was coming in 2018. Then 2018 came and went.

This morning, Alamo announced that construction on its 12-screen cinema at downtown open-air mall the Bloc is “nearly complete,” and that it “anticipates a ‘soft launch’ in early July with an opening slate of independent and blockbuster films, as well as a wealth of repertory titles.” An Alamo rep says the July lineup will be announced at a later date.

Besides its dozen auditoriums (one of which is equipped with a 35mm projector for older movies), the L.A. location will feature a full bar and kitchen, and the video store/bar Video Vortex, with old-fangled DVD rental. People who anticipate being regular visitors to the theater—and who haven’t soured on cinema subscription services—can sign up for the waiting list for the theater’s Season Pass Beta program, which allows members to see a movie a day and to buy tickets in advance for a flat monthly fee, TBD.