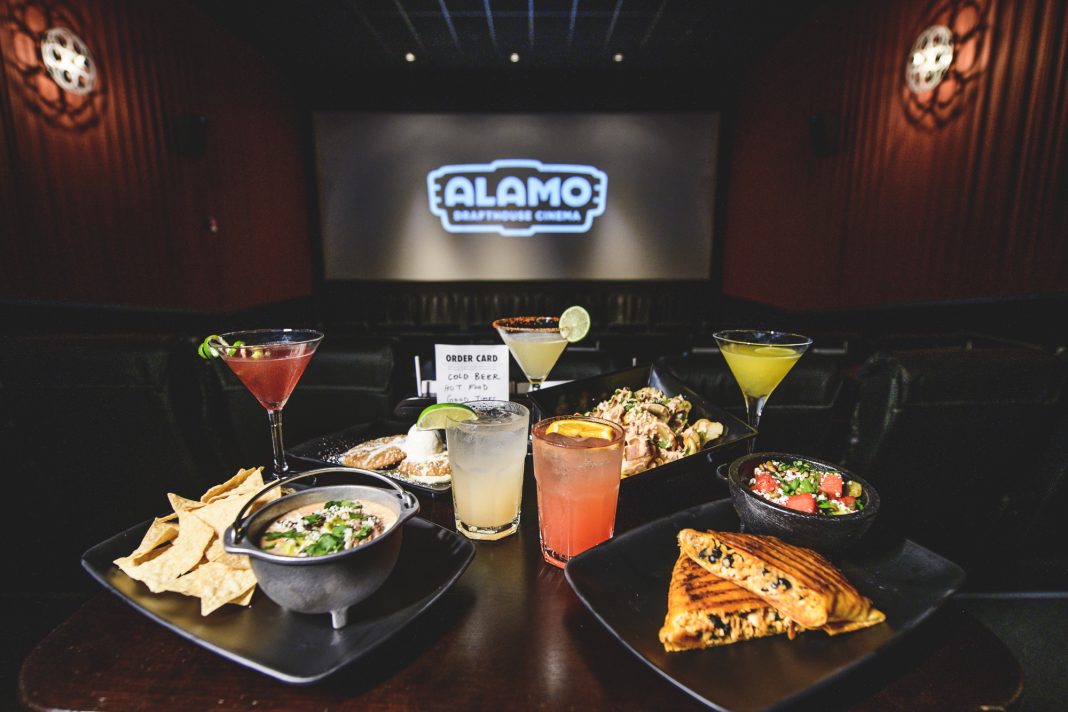 Since Austin-based indie theater chain Alamo Drafthouse first announced plans to open the 40th location of its quirky, high-tech multiplex cinemas in Los Angeles—complete with in-theater dining, a full bar, video store, and board game room—movie fanatics have waited nearly six years for that plan to come to fruition. The theater finally opened to the public on July 20.

CEO Tim League, who with his wife co-founded Alamo with a single theater in Austin 22 years ago, says he takes blame for some of the delays. He had first indicated plans to enter the L.A. market in 2013, but didn’t sign a lease until mid-2017.

Then League’s hands-on approach at the privately held company slowed things down.

“We redesigned the space about halfway through and that caused the first part of the delay, but that’s on us,” says League, standing in a state-of-the-art auditorium in which, unlike the complex’s other 11 rooms, 35mm prints can be shown using restored analog projectors and even the original lenses, which are no longer made. League has collected thousands of old 35mm movie prints over the years.

“I’m just a small-town boy country boy that doesn’t understand big city construction,” League says with a laugh. “I try to be optimistic, but it just takes longer than you think.”

After an exhaustive search in Southern California for a location, League had chosen downtown for its recent renaissance, connection to mass transit, and the freedom to design a new space to his specifications—or so he thought.

“Our initial layout plan was done before we had full access to it,” League recalls. “We thought we could do more structural work but with the parking garage above us, it just wasn’t possible. We couldn’t make it work. That’s just a part of getting to the finish line.”

“As Tim League mentioned, the constraints of designing a modern theater in a 1970s building, in addition to a redesign after the initial start, attributed to a drawn-out opening schedule,” says Dan Cote, general manager of the Bloc.

League hopes Alamo is moving past a problem that erupted in 2017. Devin Faraci, a movie critic who headed Alamo’s in-house movie news publication, Birth Movies Death, was forced to resign amid allegations of sexual assault and harassment.

That would have been the end of it, but it was discovered that League had quietly rehired Faraci as a copywriter for Fantastic Fest, the largest genre festival in the U.S., held annually in Austin. And film critic Harry Knowles, founder of the popular Ain’t it Cool website, was dropped as a sponsor of Fantastic Fest after his sexual assault allegations.

In response, Alamo introduced a Code of Conduct, a copy of which hangs on the wall in every theater, including L.A. It is drilled into employees. “We are in the middle of our staff training,” League says. “We’ve got a pretty extensive training regimen every employee goes through, companywide.

“I’m proud of the level of training not just for sexual harassment company wide,” League adds, “but the code of conduct goes further than that. It’s kind of a no-jerk policy. There are clear boundaries and definition not just between staff, but also between staff and customer and staff and vendors.”

League lists Alamo’s core values: “Do the right thing. Foster community not just in the theater but by being part of downtown. Boldly go…No trademark on that. Always innovate. Always trying not to be on our heels. And the last is very important: Just give a shit.”

League seems to relish challenges. He is an independent movie exhibitor at a time when the industry has consolidated into a handful of giants like AMC and Regal. He is opening the first new video store in Southern California, by his account, since South Pasadena got one in 2003. He is pushing the repertory aspect of his screenings, even though many rep theaters have disappeared.

League says that both in theaters and with his video stores, “We have tried to re-imagine them a little bit when we got into the cinema space 22 years ago, to change the vibe, the feel and the personality of the movie theater to make it more personal and about the love of movies.”

The delay is finally over.

RELATED: The Wait Is Over. Take a Look Inside L.A.’s New Alamo Drafthouse Movie Theater