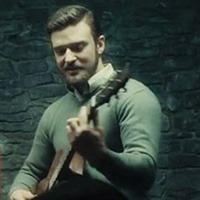 AFI Fest kicked off last Thursday, and one of the coolest things about it is that the film festival makes it relatively easy for regular people to score a free ticket to most screenings. The festival, which is screening at the Chinese Theatre, runs through Thursday, so we made a few picks based on your potential predilections.

FOR THE SMART JOCK
Lone Survivor – Best known for directing the movie Friday Night Lights and developing the TV show it inspired, Peter Berg is the filmmaker of choice for the thinking jock. Here, he reunites with FNL (and Battleship) alumnus Big Tim Riggins (aka Taylor Kitsch) who’s on a team of Navy SEALs that gets ambushed in the mountains of Afghanistan. Based on the memoir Lone Survivor by Marcus Luttrell, the onscreen adaptation ups the beefcake quotient with Mark Wahlberg and the acting chops with Emile Hirsch and Ben Foster; it’s a quality marriage of brains and brawn.

FOR THE NOSTALGIC ANGELENO
Documenteur – Agnès Varda is back in town. The French New Wave filmmaker spent two significant stints in Los Angeles, one in the 1960s and again in the ’80s. During those periods, she made several documentaries and a few experimental films. You can decide which category Documenteur belongs in. The 1981 flick is nominally a story about a French typist looking for a place to live with her young son (played by Varda’s real son, Mathieu Demy) but plot matters less than portrait. Really, this is a loosey-goosey excursion through a pre-cool Venice Beach made up of laundromats and lonely beaches not chic boutiques and million-dollar bungalows.

FOR THE JUSTIN TIMBERLAKE FAN
Inside Llewyn Davis – If you’ve ever wondered what JT looks like with a beard and a turtleneck sweater, here’s your chance. The newest Coen Bros., a portrait of the New York folk scene of the early 1960s, features Timberlake as the cuckolded member of a Peter, Paul, & Mary-esque musical trio. It’s a small supporting role, but if you come to see JT you may just stay for lead Oscar Isaac, who should earn kudos for his role as the itinerant troubadour of the film’s title.

FOR EARLY OSCARS WATCHERS
Nebraska – The film festival’s Gala program is filled with Oscar-bait (Out of the Furnace, August: Osage County) but there’s no better place to start than Alexander Payne’s latest. It stars Bruce Dern as a stubborn (read: heartwarmingly crotchety?) old man who goes on a road trip with his reluctant son, played by Saturday Night Live funny guy Will Forte. For Omaha-bred Payne, it’s a love letter to the Midwest.

FOR THE ANIME FAN
Kaze Tachinu (The Wind Rises) – Say it ain’t so. Japanese animation master Hayao Miyazaki is retiring (and not in that Trent “see ya in a few years” Reznor way). The genius behind Studio Ghibli films like My Neighbor Totoro and Kiki’s Delivery Service is reportedly not planning to make any more films after this. All the more reason to see The Wind Rises. It’s an “epic tale of love” that “spans decades” and sweeps through “great moments of 20th century Japan,” adapted from Miyazaki’s own serialized manga.

FOR THE ALTERNATE UNIVERSE AFICIONADO
Jodorowsky’s Dune – What if Michael Cimino had made Footloose? What if Chris Farley had starred in a Fatty Arbuckle biopic? What if Alejandro Jodorowsky had directed Dune? This documentary tries to answer the last question. At one point, the mystical, 84-year-old cult filmmaker who studied with mime master Marcel Marceu was once attached to adapt and direct Frank Herbert’s sci-fi novel. Instead, the studio hired David Lynch. And the world would never gaze upon surrealist painter Salvador Dali as the emperor of the galaxy or a Jodorowsky-envisioned Shai-Hulud.

FOR THE GEOPOLITICAL STRATEGIST
Grzeli Nateli Dgeebi (In Bloom) – With films from Slovakia and South Korea, Kazakhstan and Mexico, New Auteurs is a terrific primer on world cinema circa 2013. We’re most intrigued by In Bloom, a story of teen girls gone wild in Tblisi, Georgia after the collapse of the Soviet Union.

FOR THE DISASTER JUNKIE
Charlie Victor Romeo – What if someone took the transcripts from black box recordings of downed planes and turned it into a spare but compelling drama? Then what if they adapted the play into a movie? You’d have this production, named after phonetic aviation slang for a Cockpit Voice Recorder. You’ll never rest easy during takeoff again.

FOR THE BLOOD & GUTS CROWD
The Green Inferno – It’s a “loving tribute to the lurid cannibal films of the ’70s and ’80s.” Also, it was directed by Eli Roth. Enough said?