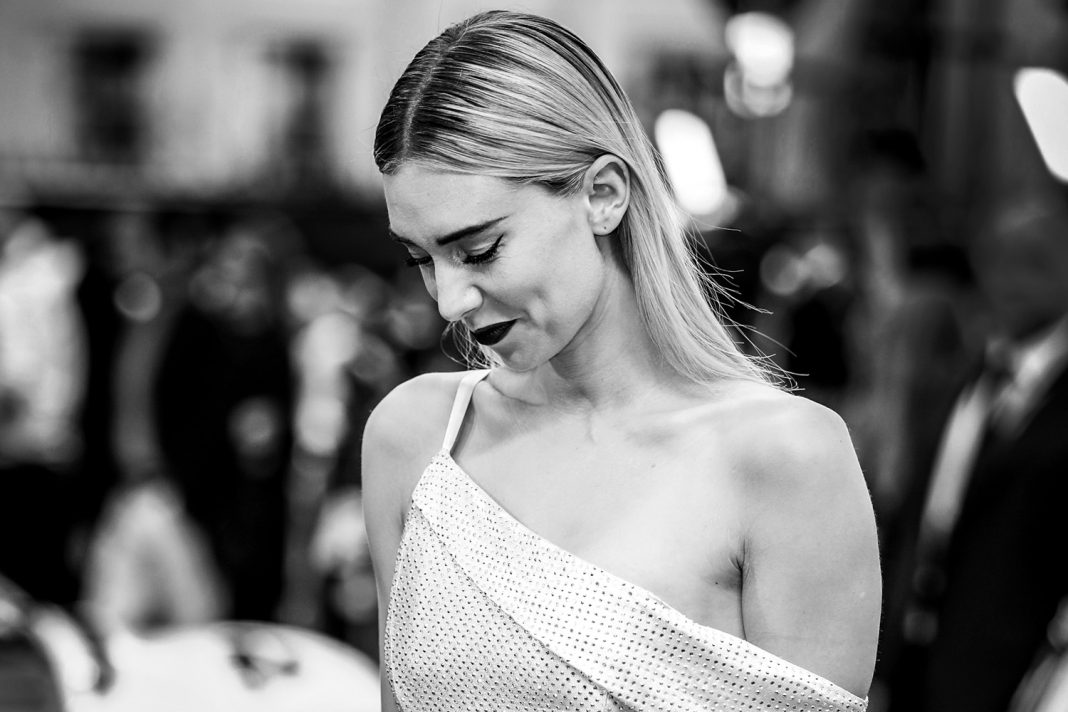 Vanessa Kirby has had an action-packed few years—literally. After a breakout role as Princess Margaret on the first two seasons of The Crown, the predictable path for someone with her delicate features and exacting elocution would have been to play British blue blood after British blue blood. Instead, she opted for badasses, playing the arms dealer/psychopath White Widow in Mission: Impossible—Fallout, and Jason Statham’s tough-guy sister/sidekick, Hattie, in Fast & Furious Presents: Hobbs & Shaw.

“I’ve always really wanted to play women who are messy, passionate, not in control, very real—like Gena Rowlands in Woman Under the Influence,” Kirby says via Zoom from London, where she grew up the daughter of a surgeon and a magazine editor. “She and Jessica Lange were my heroes. I was waiting for my turn to play that kind of emotional force of nature.”

She’s getting that turn now. In September, Kirby wowed at the Venice Film Festival for her roles in two dark indies: a married frontierswoman who falls in love with her female friend in The World to Come and a grief-stricken mother in Pieces of a Woman.

Kirby won the best actress prize at Venice for the latter, which debuts January 7 on Netflix, after showing in theaters for a week in December. The opening of the film finds her playing a pregnant woman who goes into labor at home with her husband (Shia LeBeouf) and a less-than-competent midwife. In one continuous shot, Kirby screams, cries, belches, and nearly vomits for 30 minutes.

“I’m so glad you brought up the burping!” the 32-year-old says. “That’s sort of my philosophy, encapsulated by the burping: some things in life are just messy, unpalatable to watch. Birth can be grotesque; but it’s completely magic and sacred. I feel that’s life. I watched a ton of movies with births, but they were sanitized versions. Eventually, I wrote to obstetricians about observing. The doctor who delivered Katherine Waterston’s baby (her costar in The World to Come) finally said I could shadow a birth. I sat there for five hours taking in a very difficult one—forceps, no painkillers. The woman delivering felt really sick, really queasy. So, oddly, when we were shooting me in labor, I really did feel nauseous—and just burped! Didn’t mean to! I didn’t think about it till after Venice, when women started coming up to me saying, ‘Thank you for the burping!’”

Next up, Kirby is headed back to Venice to shoot Mission Impossible 7 and 8. She has nothing but praise for costar Tom Cruise, and she says they both find reports of their supposed off-screen romance hilarious.

“Any single woman he shoots with instantly becomes his tabloid girlfriend,” says Kirby, who is single after splitting from her longtime actor-boyfriend, Callum Turner, in February. “But Tom really is the loveliest, the hardest-working man in show business, with a great work ethic. And he tells a great Kubrick story. I’ve learned so much from him.” She adds, “He and I were laughing on the phone the other day about me being his future ex-wife.”

RELATED: Does Netflix Finally Have a Shot at a Best Picture Win?

Fourth ‘Beverly Hills Cop’ Gets the Gang Back Together