Jason Horton is a writer and comedian who loves to explore Los Angeles looking for landmarks. He is especially taken with places that have fallen into disrepair or been completely forgotten by their owners. In his new book Abandoned and Historic Los Angeles: Neon and Beyond, he shares his favorite architecture, signage, and urban patina. The photos, most of which started out on Instagram, capture unexpected views of beloved places. The neon reflecting on the still pool water of Burbank’s Safari Inn, or a lonely muffler man stranded on what had been a character-riddled boulevard teeming with roadside funk. The photos are accompanied by essays and observations by actors and comedians, including Tommy Wieseu sidekick Greg Sestero, Paranormal Activity actress Katie Featherston, and Two Broke Girls writer Molly McAcleer.

The “Abandoned” chapter is filled with places we’re about to lose, the gone-too-soon tower of Amoeba Music in Hollywood, the burned-out shell of House of Spirits in Echo Park, where rust dripped down neon clouds before they were rescued this summer by the Museum of Neon Art. The book captures Morgan Camera in Hollywood before a tagger obliterated its midcentury mascot that had long watched over the locked-down shop.

Some of the landmarks on the book’s abandoned list have been closed for decades, like the old Los Angeles Zoo in Griffith Park, some emptied out more recently, like the Promenade Mall in Woodland Hills, a dead mall with sparkling marble and potted palms enduring a long, slow state of disappearing. Some of the businesses in this chapter are struggling, but it’s not quite “bring out your dead” time for Sears in Boyle Heights. The faded department store has been chugging along for 94 years (and they’re open until 6 p.m. tonight, go buy yourself something nice.) 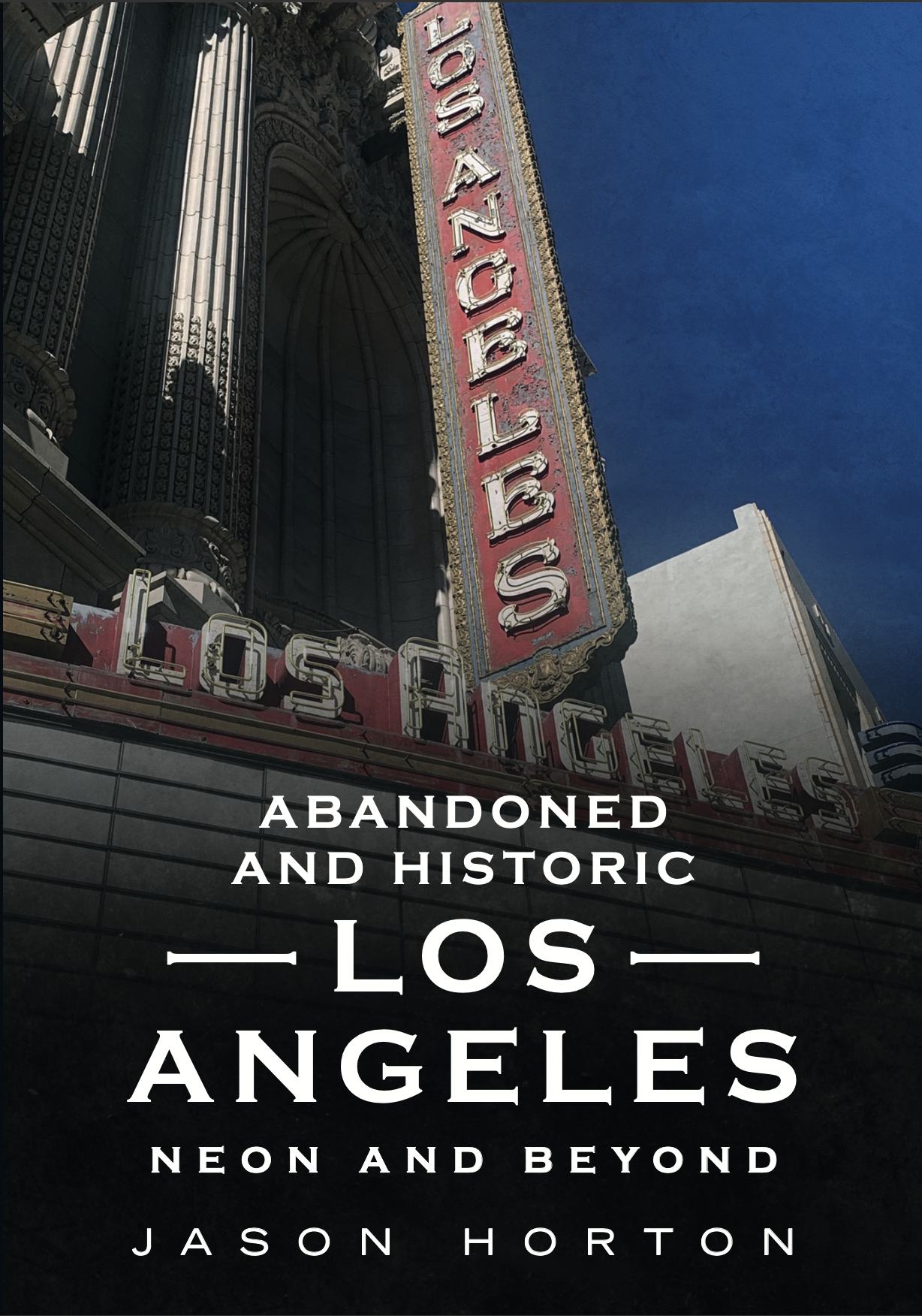 Horton, who also hosts the popular podcast Ghost Town, will talk about the book with Rebecca Leib for a live-streamed Book Soup event on Wednesday, October 28 at 6 p.m. Visit booksoup.com for more details.

RELATED: Echo Park’s Iconic House of Spirits Sign Has Been Rescued by the Museum of Neon Art