Home Politics Aaron Sorkin Had No Idea His Latest Project Would Be Quite So... 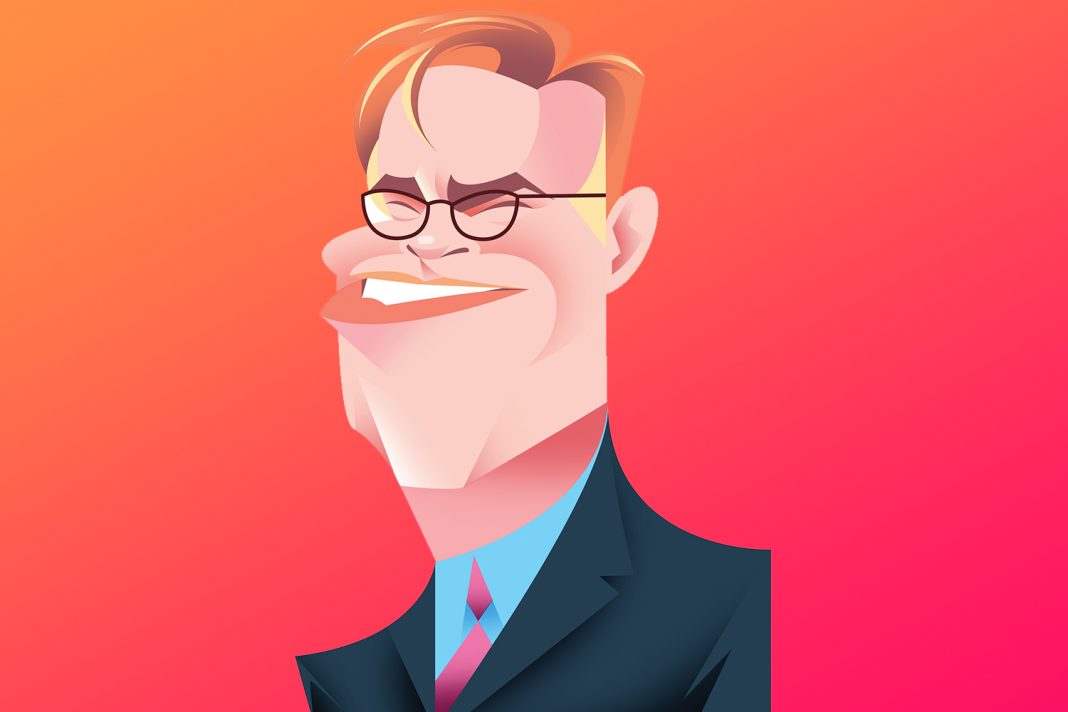 Aaron Sorkin has long been fascinated by the crackling combo of politics, media, and the law. Throughout his long, impressive career—which includes films like A Few Good Men and The Social Network, TV’s West Wing, and a Broadway adaptation of To Kill a Mockingbird—the 59-year-old writer-director has dramatized some of the most topical subjects of the day.

His latest project, The Trial of the Chicago 7, might be his most pertinent yet. The film, which premieres October 16 on Netflix, is set in the summer of 1968, with protesters and police clashing violently outside the Democratic convention. With a high-wattage cast that includes Sacha Baron Cohen, Eddie Redmayne, Jeremy Strong, and Mark Rylance, it follows the six-month trial of the men accused of inciting the riot, among them Abbie Hoffman and Black Panthers cofounder Bobby Seale.

Sorkin recently talked to Los Angeles about the movie, the upcoming election, and whom he considers the best actor alive right now.

You first met with Steven Spielberg in 2006 about writing a film on the Chicago Seven that someone else would direct. What happened?

The one thing I remember distinctly about that 2006 meeting is that Steven thought it would be great to get this film out before the election. He was talking about 2008! At that point we had not heard of Barack Obama. The day after I turned in the second draft, the Writer’s Guild went on strike. When I did finally get back to it, Steven wanted to produce, but there were other directors he was interested in—Paul Greengrass, Ben Stiller . . . . Then two things happened: the election of 2016 and Molly’s Game, my directorial debut. Steven was pleased enough with Molly’s Game to say, “Now’s the time to do Chicago 7, and you should direct it.”

Working on the project in 2006 and more recently, you probably never could have imagined police brutality and violence in the streets all over again. It’s déjà vu.

It’s amazing, and very chilling. Someone asked me recently if I’d changed the script to mirror the times. The answer is no; the times changed to mirror the script—in the worst possible ways. Look, when we started on the final version of the script, we’d elected a president who waxed nostalgic to crowds about the good old days when we carried protesters out on stretchers—when you could beat the crap out of them. And then there was “Go back to where you came from!” And then I thought the movie was relevant when we were shooting it in late 2019. We didn’t need it to get more relevant, but it did. I watched this summer’s protests on television and thought how similar things looked to 1968.

And now you’ve got the president ordering soldiers to teargas American citizens who peacefully protest.

That’s right. At this performance, the role of Chicago Mayor Richard Daley is being played by Donald Trump.

How much of what we hear in the film is what was really said, and how much is snappy Sorkin lingo?

There are a few moments in the courtroom scenes where what was in the trial transcript couldn’t be beat—like a lot of the Bobby Seale moments. Everything else is a writer’s imagination.

Jeremy Strong as Jerry Rubin is like nothing that guy has done. He always plays such a hard-ass.
Honestly, right now, he is one of the best actors alive. I saw him for the first time in The Big Short and thought, “Wow, he’s great, but that’s probably the part he can play.” Then I cast him in Molly’s Game. When I saw him in Succession, I decided there’s no limit to what this actor can do. Jeremy is for real.

You wrote the Oscar-winning screenplay for The Social Network. What do you think about what’s happening with Facebook now, with Zuckerberg refusing to
censor clearly false political propaganda?

I think Mark and Facebook are intentionally confusing unpopular opinions with incorrect facts. They make more money from unpopular opinions. I think we’ve all seen how dangerous it is, and it’s not stopping. That tells you a lot.

Do you think it’s just about money? Or could it be politically motivated?

What did you think of the Democratic National Convention?

Loved it. I was very nervous about it. I’m a big fan of oratory; I like convention speeches. I didn’t know how they were going to work without a crowd. And it turned out it worked great. With the Obamas, Kamala Harris, and Joe Biden, the effect was, “I’m not doing this because it’s an applause line. I’m not throwing red meat out to the crowd. I am talking to you.” So it actually had more weight. Now, do I hope big convention speeches with big crowds and balloons come back? I do. But for this very strange and frightening year, it was a great convention.

Since you’re Hollywood’s political sage, I must ask you, do you think Biden will win?
I don’t have any more knowledge than anyone else. But I’ve gotten The West Wing cast together, and we’re gonna do a benefit on HBO Max for an organization called When We All Vote. The cast will be doing a staged reading of an episode of the show that was kind of an ode to voting. [The special will be taped at L.A.’s Orpheum Theater in October and air later in the month.]

Did you see that Nicolle Wallace, after her MSNBC show was expanded, said she watched more episodes of The West Wing than she could ever admit to when she was working as the communications director for Bush?

Let me tell you that there’s no one I’d rather get a compliment like that from than Nicolle Wallace. Every four years there’s this opportunity in America for us to hear the best of two competing arguments, right? Health care, poverty, race relations, climate. And we never get to hear that argument because we’re gonna talk about dumb things like “The election is rigged.” That’s what the conversation has turned into. It’s too bad. I would love to hear people like Nicolle Wallace, Steve Schmidt, and a raft of others make strong counterarguments to things I believe. I’m definitely persuadable, so give me the best argument for your case. But I need to hear it from people who are not part of what I call “the silly season.”

So you’re a fan of the Lincoln Project?

Yeah, they’re strong. They can swing much harder, and they don’t have to say, “I’m Joe Biden and I approve this message.”

You’ve been compared to David Mamet, a staunch Republican, who, like you, is known for his fast, smart dialogue.

David Mamet is someone whom I disagree ideologically with, but I’d love to hear more from, politically. Because if Mamet cannot persuade me, I’m not persuadable! I think being compared to David Mamet as a writer is unfair to David.

On talk shows, actors from your projects always get asked, “How did you do all that language?” It seems very difficult.

You know, yes, from time to time when the actor will have a long speech—or a long list of names, dates, and places— sometimes that’s just me punishing them.

Did you plan for this film to come out before the November 2020 election?

Yes. Not because I think it can affect the results of the election but because right now—and this was before life began to imitate art in such a terrible way—is when we’re feeling these things and when it will have the most resonance.

I’ve read in several places that you’re the highest-paid screenwriter in Hollywood.

I have no idea if that’s true. If it is, then Tony Kushner has to have a serious talk with his agent.