Home Uncategorized A Plea to the Intellectual Set: Stop Hating on Jerry Bruckheimer and... 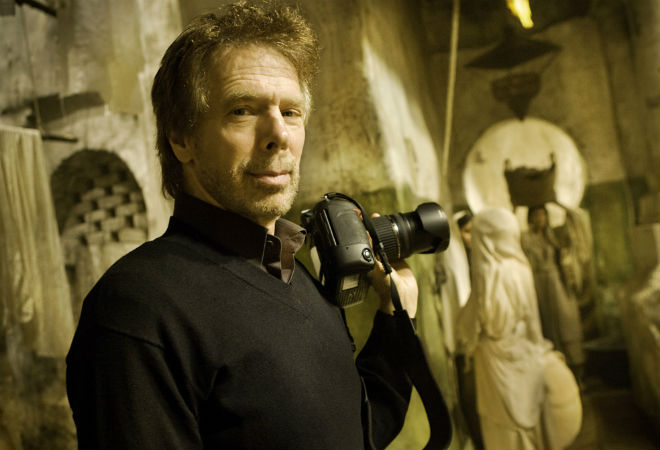 Most moviegoers would be hard-pressed to name a film–let alone recount its plot–by a top director like Werner Herzog, Andrei Tarkovsky, Park Chan-wook (sorry, the Spike Lee remake of Oldboy doesn’t count) or Bela Tarr (who?!). But it’s hard to find film fans who haven’t seen Top Gun, Beverly Hills Cop, or the Rock. The mega-producer has been responsible for more than 40 movies that generated billions of dollars in revenue. While popularity isn’t the same as quality, there’s plenty to like in the oeuvre of Jerry Bruckheimer. The action, the adventure, the explosions, the over-the-top plot twists, the chest-thumping heroics, the sheer spectacle of it all. Haters gonna hate but audiences gonna love.

Tomorrow night at the Beverly Hilton, Bruckheimer gets his due when he receives the 27th American Cinematheque Award from no less than Bruce Willis, who won the award in 2000. Actors from Bruckheimer’s various films and other famous type–Sir Ben Kingsley, Helen Mirren, Wayne Gretzky–will deliver in-person tributes.

For those who can’t afford the gala, the Cinematheque will host a Bruckheimer marathon on Friday, kicking off with the Tom Cruise twofer of Top Gun and Days of Thunder. On Saturday, it’s a double-bill of the Rock and Bad Boys with an appearance by the producer who will sign his recent book Jerry Bruckheimer: When Lightning Strikes – Four Decades of Filmmaking.

It’s easy to make a drinking game out of any Bruckheimer movie: Take a swig for every explosion, action hero walkaway line, or passionate kiss in front of a sunset and you’ll be drunk faster than you can sing “Don’t wanna close my eyes / Don’t wanna fall asleep / ‘Cause I’d miss you, babe / And I don’t wanna miss a thing.”