Home Theater A New L.A. Revival of Carrie: The Musical Tries to Reverse the... 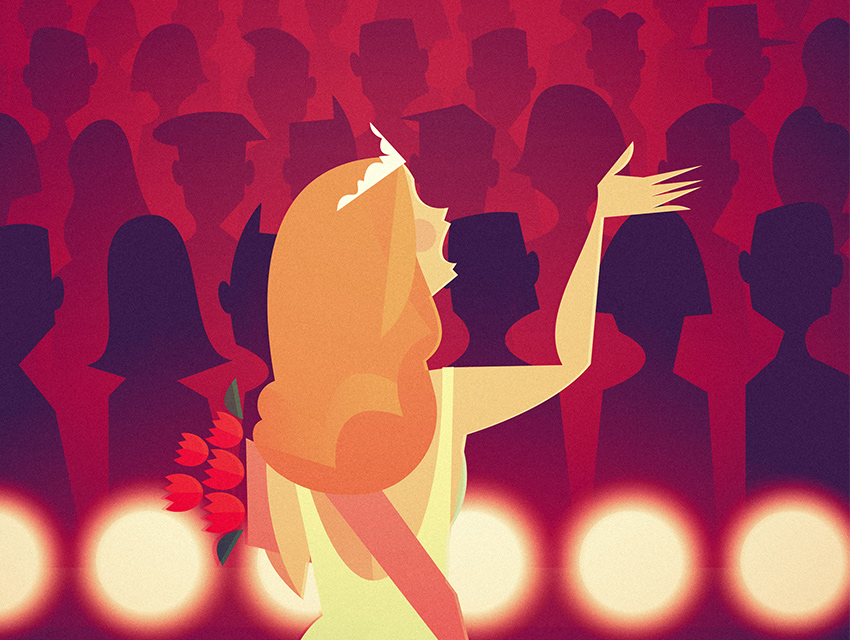 High school is rough for even the most normal kids. So it’s no wonder telekinetic misfit Carrie White—the titular character of Stephen King’s 1974 best-seller—goes on a mind-bending massacre at the senior prom. She didn’t have an easier go of it on Broadway. Carrie closed three days after opening in 1988, losing a record-breaking $7 million and securing its crown as the Great White Way’s most colossal flop. Twenty-seven years and one “revisal” later, director Brady Schwind hopes to change that: On October 8 his pumped-up production premieres at downtown’s 84-year-old Los Angeles Theatre.

Schwind’s pleasantly noncampy revival, which had a successful run at La Mirada Theatre for the Performing Arts earlier this year, is immersive. Showgoers sit on mobile bleachers among 19 cast members and, as Schwind calls it, a “kick-ass” seven-piece rock band. “A large section of the audience moves with the story,” he says. “We’re turning the theater into a virtual playground.” In an effort to neutralize decades of negative press (one New York Times critic likened the 1988 debut to the Hindenburg disaster), Schwind consulted the original creative team, including Oscar-winning composer Michael Gore and book writer Lawrence D. Cohen, who adapted King’s novel into the 1976 film. Together they agreed to leave out iffy songs from the initial score—like “Out for Blood,” a strangely gleeful ditty about animal slaughter—and insert new scenes and dialogue.

Carrie is artistically no Sweeney Todd, but it’s still a gory thrill ride. “I would encourage anyone to wear something they don’t mind getting wet,” Schwind says of that famous pig’s blood prank. Maybe this time Carrie will receive the adulation she’s sought for 41 years.