Home Film A Mob-Size Talent: The Best of James Gandolfini 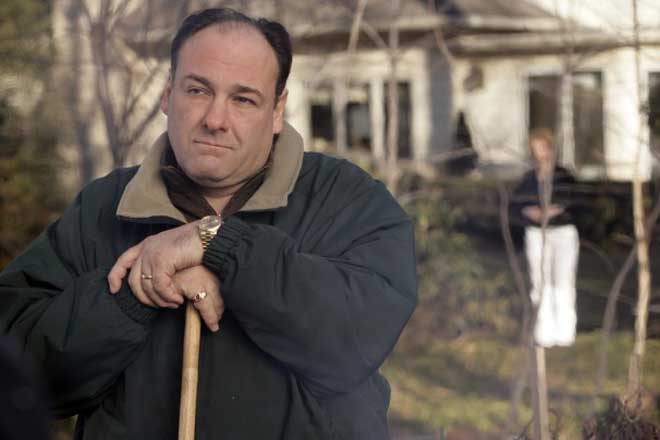 Most viewers knew him best as mob boss Tony Soprano, but James Gandolfini, who died yesterday at age 51 while in Rome, was a versatile character actor who was shining onscreen before–and after–he hit it big on The Sopranos.

The Last Castle (2001)
Gandolfini plays hard-as-iron Col. Winters, warden of a military prison, in this biting drama. His screen time with Robert Redford, who plays a strong-willed general, is electric, as Redford tries to take control of the facility after he witnesses Winters’ cruel disciplinary methods.

The Man Who Wasn’t There (2001)
This Coen Brothers neo-noir features Gandolfini as “Big Dave” Brewster, a department store boss who’s having an affair with his employee, Doris (Frances McDormand). When her husband (Billy Bob Thornton) suspects, he tries to blackmail Brewster for money in order to invest in a newfangled business venture: “dry cleaning.” The trail of blackmail and double-crosses leads to murder, hilarity, and a random quest for piano lessons for a friend’s teenage daughter.

Where The Wild Things Are (2009)
The giant fury creatures were the stars in this Spike Jonze adaptation of Maurice Sendak’s much loved children’s book. Listen closely and you’ll hear Gandolfini’s unmistakable gravelly voice as Carol, an emotional and impulsive Wild Thing who provokes one of the scariest scenes in the film. Angry at Max, Carol chases him and declares, “I’ll eat you up.”

Killing Them Softly (2012)
He’s only in a few scenes in this muted yet chilling drama about a hit man (Brad Pitt) enlisted to clean up the mess after a robbery at an underground poker game, but Gandolfini invests them with menace, bravado, glory, and, most impressively, pathos.