Home Uncategorized A Great Night Out 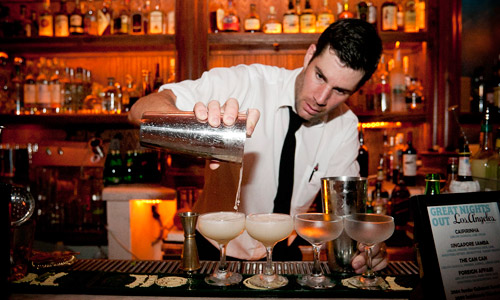 There was a crowd, there was dancing, and there were Caipirinhas (oh, were there Caipirinhas!). On Tuesday night Los Angeles magazine celebrated the October issue with a party at La Descarga, one of the hotspots featured in our Great Nights Out cover story. Capping off the perfect L.A. night: a Joaquin Phoenix spotting near the valet stand at the party’s end. He almost got past us in flip flops and with a tall, thin blonde in tow, but we saw him. We’ve gotten pretty good of late at letting loose and taking notes. All for you, of course.