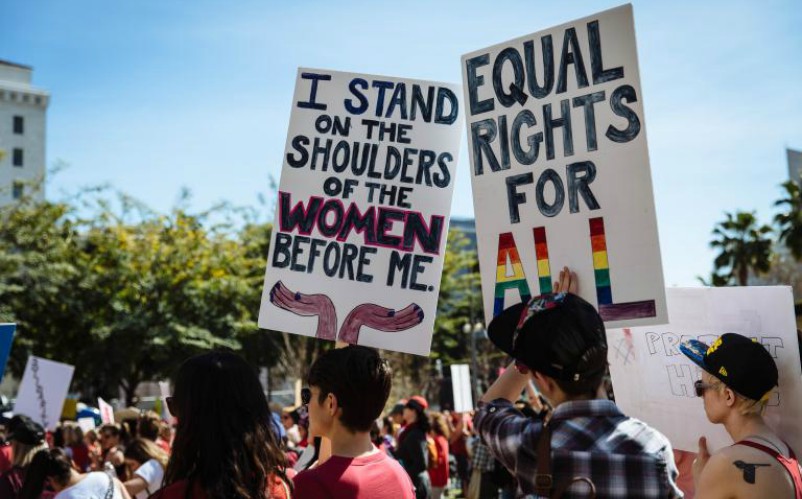 Activism in the digital age is a polarizing topic. You can lambast the rise of “slacktivism” and the bandwagon effect that together breed nothing more than superficial involvement and boosted egos, but there’s no denying that social media has the power to galvanize and connect communities. Treat it as a starting point to immerse yourself in political commentary—ideally of varying viewpoints to challenge your own assumptions—and then bring that energy and passion to life in the real world. Organize. Attend town hall meetings. Join a campaign. Volunteer. We challenge you to fill your feed with real, thought-provoking voices, but then follow up by taking physical and concrete actions IRL. To get started, we’ve listed our favorite local accounts who’ve been keeping it real since the 2016 presidential election.

Kat Blaque is a wildly popular YouTube personality who gained a huge following as a transgender rights activist who candidly offers personal accounts of breaking down gender and race dynamics.

Aja Brown made history after becoming Compton’s youngest elected mayor at the age of 31. She’s committed to improving the Compton community through policy reform, economic development, and infrastructural growth.

“‘Why are we having all these people from shithole countries come here?’ Trump said, according to these people, referring to African countries and Haiti. He then suggested that the US should instead bring more people from countries like Norway…” https://t.co/Zj1rHpAaFk

Aura Bogado is an L.A.-based writer who reports on Native rights, immigration, environmental issues, and various social justice topics. She recently joined the investigative reporting team at Reveal, but you can find her work on The Nation, Teen Vogue, Grist, and other outlets.

Undocumedia was created by L.A. residents Ivan Ceja and Justino Mora as an outlet and resource for the undocumented community. The duo uses the account as a way to empower and educate undocumented immigrants navigating the complex immigration laws and processes, as well as a platform to rally support for immigrant rights.

Liz Plank is a senior producer and political correspondent at Vox.com who recently launched a new web series Divided States of Women dedicated to exploring feminism and women’s rights issues.

The @feministastic accounts describes itself as “bite-sized bits of intersectional feminism,” confronting issues of sexism, racism, and classism.

Me forever and always pic.twitter.com/z6SEfEgcO9

Inject some #wokehumor into your feed with Rhea Butcher, a hilarious stand-up comic, actress, writer, producer, and podcast host. She regularly discusses vegetarianism, feminism, and her experience navigating the LGBTQ+ community as a self-described “butch lesbian.”

Even the most socially aware white person is inevitably a little racist. Racism is systemic, and you were raised in the system. Accept this and try to do better. #YesAllWhitePeople

Many might recognize the feminist activist and artist as the woman who Instagram Storied her IUD insertion or for her traveling Unsolicited Dick Pic Art Show—both pretty genius if you ask me. Her blunt and honest take on the current state of the world is always a refreshing reminder that you can topple the patriarchy while not taking yourself too seriously.

RELATED: Here’s What You Need to Know about the 2018 Women’s March in L.A.