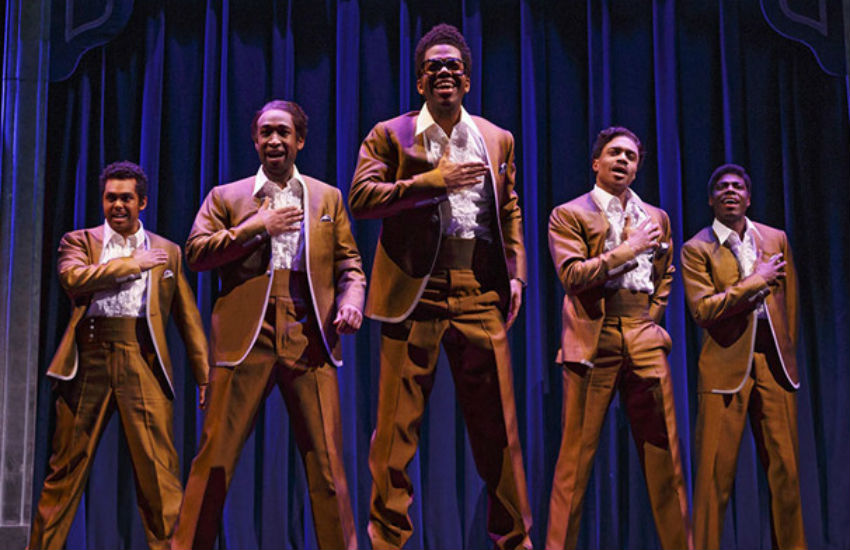 MUSIC: Best Coast
Best Coast celebrates its new album California Nights (out Monday) with a flea market this weekend in celebration of their new album. Come hang at The Oinkster in Hollywood where you can buy vintage clothes, adopt a pet from the SPCALA, pick up the band’s new record courtesy of Origami Vinyl, and try out Bobb Bruno’s signature California Nights Burger. More information (May 2; The Oinkster)

DANCE: Dance Camera West
That dance can explain a culture is the unstated theme of this media festival. More than 30 films screen citywide, including a documentary on L.A. Dance Project founder Benjamin Millepied and international short-form videos. More information (April 30-May 5; Various locations)

THEATER: Motown: the Musical
Featuring more than 40 songs from the golden era of soul, the outsize Broadway production traces the life of Motown founder Berry Gordy and the superstars he launched, including Smokey Robinson, Diana Ross, and the Jackson 5. More information (April 30; Pantages Theatre)

MUSIC: John Zorn Marathon
Over the course of one day, you can hear music from the influential saxophonist, whose styles range from noisy punk-jazz to traditional Jewish klezmer. At LACMA, ten ensembles perform Zorn’s pieces in various galleries. Later that night at Royce Hall, the spacey outfit Secret Chiefs 3 performs the composer’s Middle Eastern-tinged album, Masada Book 2: The Book of Angels, followed by a set with Zorn, bassist Bill Laswell, and Slayer drummer Dave Lombardo. At the stroke of midnight, Zorn appears at an organ recital. More information (May 2; UCLA & LACMA)

ART: Incognito
Try your luck at the annual benefit, where 700 artworks are up for sale and the creators remain a secret until after purchases are made. With world-renowned names and up-and-comers in the mix, you never know what you’re going to get. More information (May 2; Santa Monica Museum of Art)

CONFABS: Concours d’Elegance
On view are some 130 elite autos, from highly collectible Packards and Ferraris to the rappers’ delight: Bentleys. More information (May 3; Greystone Mansion)