Home Uncategorized 8 Ways to Have a Great Weekend in L.A. 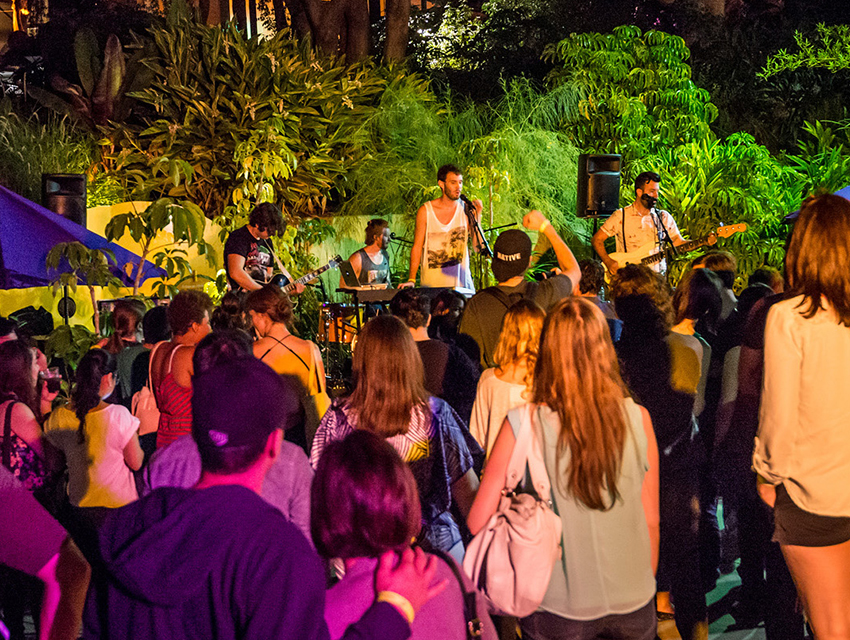 MUSIC: Ducktails
The side project of Matt Mondanile, guitarist for the Brooklyn band Real Estate, began when he was making music in his parents’ New Jersey basement. More information (July 24; The Getty Center)

CONFABS: Roaring Nights
Party with the animals and an 18-and-older crowd at an after-hours exploration of habitats. Along with live music, zookeeper chats, and drink stations, canvases will be set up around the campus should you want to paint a possum portrait. More information (July 24; L.A. Zoo)

SPORTS: Special Olympics World Games
More than 7,000 athletes representing 177 countries descend on Los Angeles to compete for glory. The opening ceremony kicks off at the L.A. Memorial Coliseum, followed by a roster of events all over town. More information (July 25-26; Various venues)

CONFABS: Bookmaking
Kids learn how language and images interact in the art of L.A.’s Steve Roden, Alexandra Grant, and Corita Kent, whose text-filled pieces will be on view at the workshop. More information (July 25; Pasadena Museum of California Art)

MUSIC: 65-92: The Rhythm Changes but the Struggle Remains
Kamasi Washington, the virtuosic saxman of L.A.’s emergent young jazz scene, performs two sets that reflect on the music of civil rights struggles, from the discord of 1965 to the uprisings of 1992. More information (July 25; California Plaza)

ART: Painting with Silver and Light: Civil War and Landscape Photography
In its infancy photography was a messy art form, complete with noxious chemicals and glass plates. Artist Will Dunniway’s demo of the early collodion process is followed by a talk about battlefield photographers led by rare-book and photography dealer Michael Dawson and Huntington Library photo curator Jennifer Watts. More information (July 26; The Autry)