Home Uncategorized 8 Things to Eat and Do in Koreatown 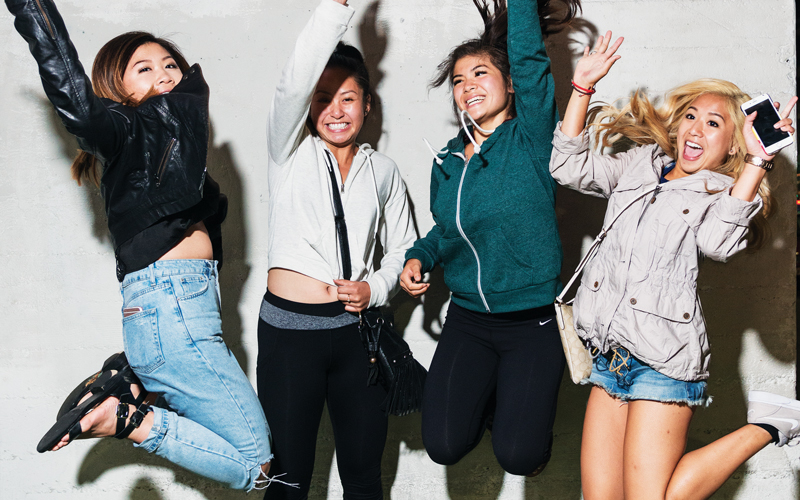 For Alex Hwang, the Korean American front man of L.A. band Run River North, the best way to truly experience K-Town is to eat your way through it. Here are his favorite places to grab everything from cold buckwheat noodles to smoked duck (plus a rec for some solid karaoke).

“I recommend going to cure a hangover or start the day. It’s very Korean— it feels foreign even to Korean Americans. I go for the body scrub. It’s invasive because you’re butt-naked, but you come out feeling like a baby. There’s great food here, too: cold noodles, spicy rice cakes, boiled eggs, and desserts.” » 2700 Wilshire Blvd.

“It’s the Korean Costco. Korean ladies hand out samples, and there are home goods, dried fish, and sashimi platters. Try to meet as many ajummas—middle-aged Korean women—as you can. At least one ajumma has to yell at you to make it a legitimate Koreatown experience.” » 621 S. Western Ave.

RELATED: How to Explore Sawtelle Japantown and Little Tokyo

“They have great kalgooksoo, which translates as ‘knife noodles.’ My favorites are the spicy acorn ones. The last couple of times I’ve been here, I’ve seen some cops, I’ve seen a young white couple with their kid. I’m surprised, because you kind of need to know a Korean person to get there.” » 4008 W. Olympic Blvd.

“This place is good in the summer for naeng myun, or cold buckwheat noodles. There’s a lot of color, there’s a lot of flavor, and sometimes there are slices of pear and apple in it for crispness. There’s also beef broth in a coffee dispenser next to the bathroom, and it’s legit. When I went to Korea, I went to a naeng myun place where this father was telling his kid, ‘You have to try the beef broth at noodle places to know whether they’re good or not.’ Yu Chun has great beef broth.” » 3185 W. Olympic Blvd.

“There’s seating for maybe 20 people, but the wait is well worth it. The spicy short rib stew has rice cakes and potato and hearty pieces of carrot, and the ribs are thick cut with the bone in. Get some soju and maekju—beer—and make somaek bombs. Those are always great times.” » 3470 W. 6th St.

“Korean barbecues have thinly sliced brisket. At this restaurant it’s thinly sliced smoked duck. At the end of the meal, they take other duck parts and make a broth that’s served as a second course. They also have great sides, like kimchi and pickled radishes in this beautiful purple hue. You determine whether you’ll go back to a Korean restaurant based on how good their sides are.” » 1108 S. Western Ave.

“They do a  Korean dessert called bingsoo, which is shaved ice or regular ice topped with red beans, fruit, condensed milk, almonds, Fruity Pebbles—all these crazy things. Share it with two or three people, or eat it by yourself.” » 621 S. Western Ave. Ste. 208A

“One of my label guys recommended it to me. He’s white, so I like that white people feel safe here. They have karaoke, which I’m really bad at—people have high expectations because I’m the lead singer in a band, but I never reach them. I enjoy watching it, though—it’s a nice nightcap to all of the food you just stuffed into your face.” » 3331 W. 8th St.