Home Things to Do The 8 Best Things Going On In L.A. This Weekend 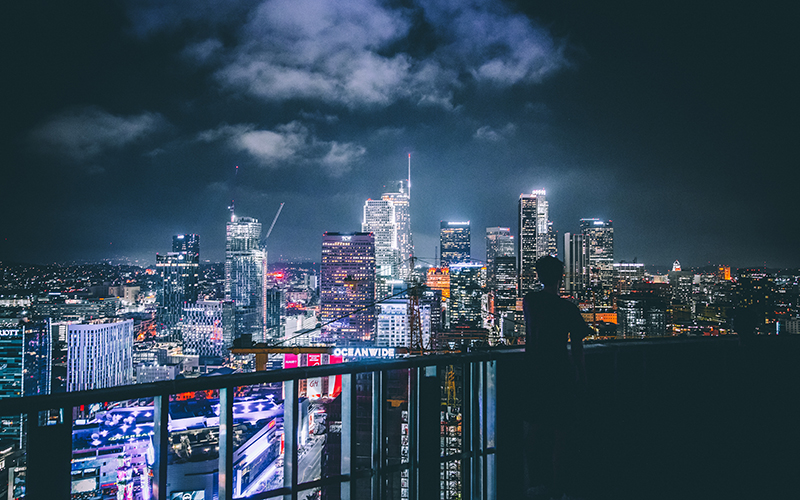 From a major opening at Disneyland to a Pasadena fest for music lovers and foodies alike, these are the best things to do in L.A. this weekend.

A post shared by New School of Cooking Pasadena (@newschoolofcookingpasadena) on Jun 12, 2018 at 2:10pm PDT

Every month, the New School of Cooking in Pasadena chooses an old-school cookbook to discuss—which is fun—but then to also cook through, which is more fun. Sign up for this weekend’s class and you’ll be walking through Elizabeth David’s 1950 tome, A Book of Mediterranean Food (she’s long been acknowledged as an inspiration for Julia Child and Claudia Roden). The instructor will teach you some history about the book, and then you’ll prepare a 6-course meal based on some of its recipes.

The Humans
Through July 29

If you think your family Thanksgivings are bad, wait til you see what goes down in this stellar one act show from playwright Stephen Karam. The four-time Tony winning play, which takes up residence at the Ahmanson downtown, is a heartbreaking and funny and revelatory depiction of family dynamics. A number of the original cast members from the Broadway run reprise their roles here.

Made in L.A.
Through September 2

The Hammer’s biennial celebration of local artists is back in full force, this time with a roster of more than 30 makers whose ages range from 29-97. Curators Anne Ellegood and Erin Christovale have created a show focused on issues of representation as well as different aspects of the body; get a taste of what you can expect here, then head to the Westwood campus to see it all for yourself.

A post shared by Wallis Annenberg PetSpace (@annenbergpetspace) on Mar 2, 2018 at 5:59pm PST

AnniFURsary, like anniversary, get it? Head to the Wallis Annenberg PetSpace in Playa Vista for a day of celebrations that include animal adoptions, free food, and tours of a facility that has spent the past year connecting animals with their forever homes. The event is free and open to the public—yes, four-legged buddies included. You might just go home with a new best pal.

We, too, are starting to wonder when we’ll reach peak pop-up art installation, but this one’s for a good cause. Part of Griffith Park becomes a floral wonderland complete with nearly a dozen interactive installations, from a house overrun with flowers to eight-foot-high dandelions. The petal fest supports honeybee conservation and urban beekeepers.

The characters from Toy Story, The Incredibles, Inside Out, and Monsters, Inc. have taken over California Adventure’s Paradise Pier, and no one’s mad about it. Re-themed attractions are opening piecemeal (you’ll have to wait awhile for Jessie’s Critter Carousel), but the coaster formerly known as California Screamin’ is ready to roll, Incredibles upgrade and all.

Beyond the Streets
Through July 6

Neil Young and the Kings of Leon headline the second iteration of Pasadena’s music-and-food fest on the Brookside Golf Course. If last year’s food tents were any indication, consider having a snack on you at all times; brave the crush, though, and you’ll be rewarded with eats from the likes of Roy Choi’s Kogi and Brian Dunsmoor’s Hatchet Hall.

RELATED: What to Eat at Arroyo Seco Weekend Based on Your Favorite Act