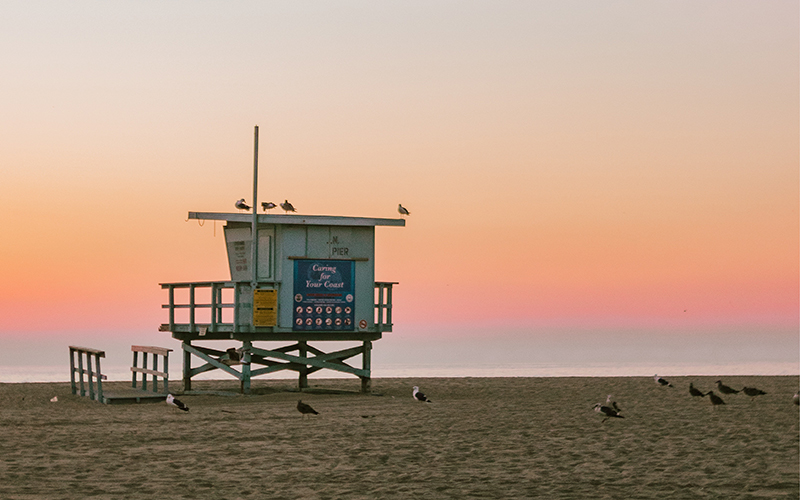 Etsy dreams become a reality at this sprawling artisanal fair held at Old Pasadena’s Central Park. More than 200 vendors selling everything from bowties to candles to paper goods will welcome you with open booths and open arms between 10 a.m. and 5 p.m. (There will be food and crafts, too, so basically this event is perfect.) It’s free to attend, and yes, bring your pup.

It’s not Cinco de Mayo yet—like, we’ve still got another week—but who can’t get behind some early celebrations? Fiesta Broadway is hosting what’s billed as the largest Cinco De Mayo festival in the country along Broadway and the streets around City Hall downtown. Adorably, the fest takes place on Sunday, the 29, and this is its 29th year, so it’s like the Golden birthday of Fiesta Broadways. Stop by for live music, food, carnival rides, and games; Cross Border Xpress is even raffling off a trip to Mexico, so you’ll probably want to stop by their booth. It all goes down from 11 a.m. to 6 p.m., but get there early because #crowds.

This year marks the 25th anniversary of Jurassic Park, and what better way to celebrate paleontologist Dr. Alan Grant, paleo-botanist Ellie Sattler, and chaos theorist Ian Malcolm than with this song-studded adaptation at the Rockwell Table and Stage? It’s your last chance to catch the show, now in its last weekend, and we can only hope that Jeff Goldblum will make a delightful cameo since he’s at the Rockwell most weeks anyways (but seriously, he stopped by last week!!).

Old Hollywood’s big weekend returns to the TCL Chinese Theatre, the Egyptian Theatre, and the Hollywood Roosevelt hotel for four days of panels, special events, and screenings. Varying levels of festival passes will help you cram in as many events as you can; with a lineup including Bullitt, The Producers, and Kramer vs. Kramer, you’ll need to plan wisely.

Before Simon takes over the Hollywood Bowl (May 22, 23, and 28), Garfunkel commands the stage at Disney Hall. The Grammy-winning singer-songwriter plays 50 years of hits such as “Bright Eyes” and “The Sound of Silence.”

End the week on a fancy, fizzy note with this special dinner. Chef John Lechleidne has whipped up five courses of modern Asian-inspired fare, with each course designed to pair with a glass of a different type of Veuve Clicquot Champagne, from hamachi tartare with smoked soy, pickled cherry blossom, cucumber, and citrus paired with a vintage rosé, to coconut beignet with passion fruit and pandan ice cream paired with a demi-sec.

Our House Grief Support Center hosts its 9th annual 5K at the West L.A. Civic Center. Run or walk in remembrance of a loved one alongside more than 1,000 others celebrating the lives of friends and family members who’ve passed away, then stay on for an awards ceremony and festival. The event raises key funds for grief support services.