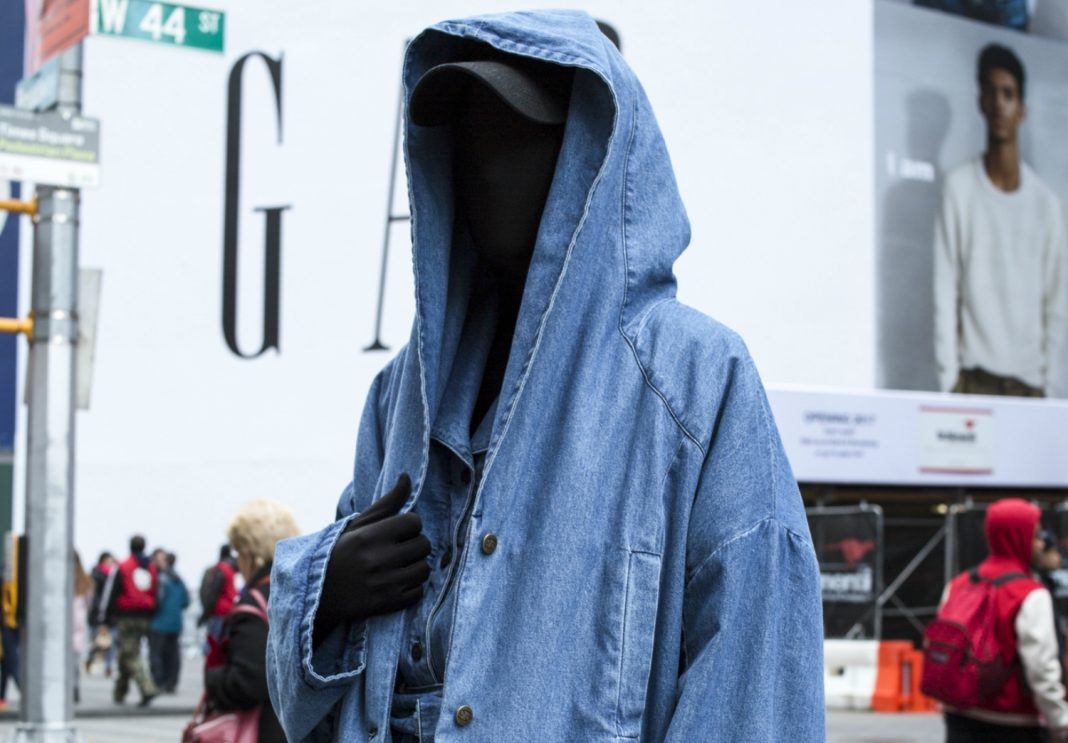 In a city where it seems like everyone’s constantly clamoring for attention and recognition, the anonymous artist and fashion designer behind clothing label 69 is an anomaly.

“I think anonymity is important for this particular project because who I am is irrelevant,” they say over the phone. “The brand is for everyone—that’s our mission.”

Since 2011, the designer behind 69 has created unisex clothing designs with billowing silhouettes that rethink denim’s role as a workaday wardrobe staple, as well as the gendered nature of what’s sexually appealing. In designs under the 69 label, denim becomes a gimp mask covered in fringe, a bucket hat that resembles a niqab, a dress that encompasses the wearer like a cocoon, and a tunic with sleeves that are as long as its skirt. Those garments and others are on display in 69: Déjà Vu, the designer’s retrospective at MOCA Pacific Design Center. 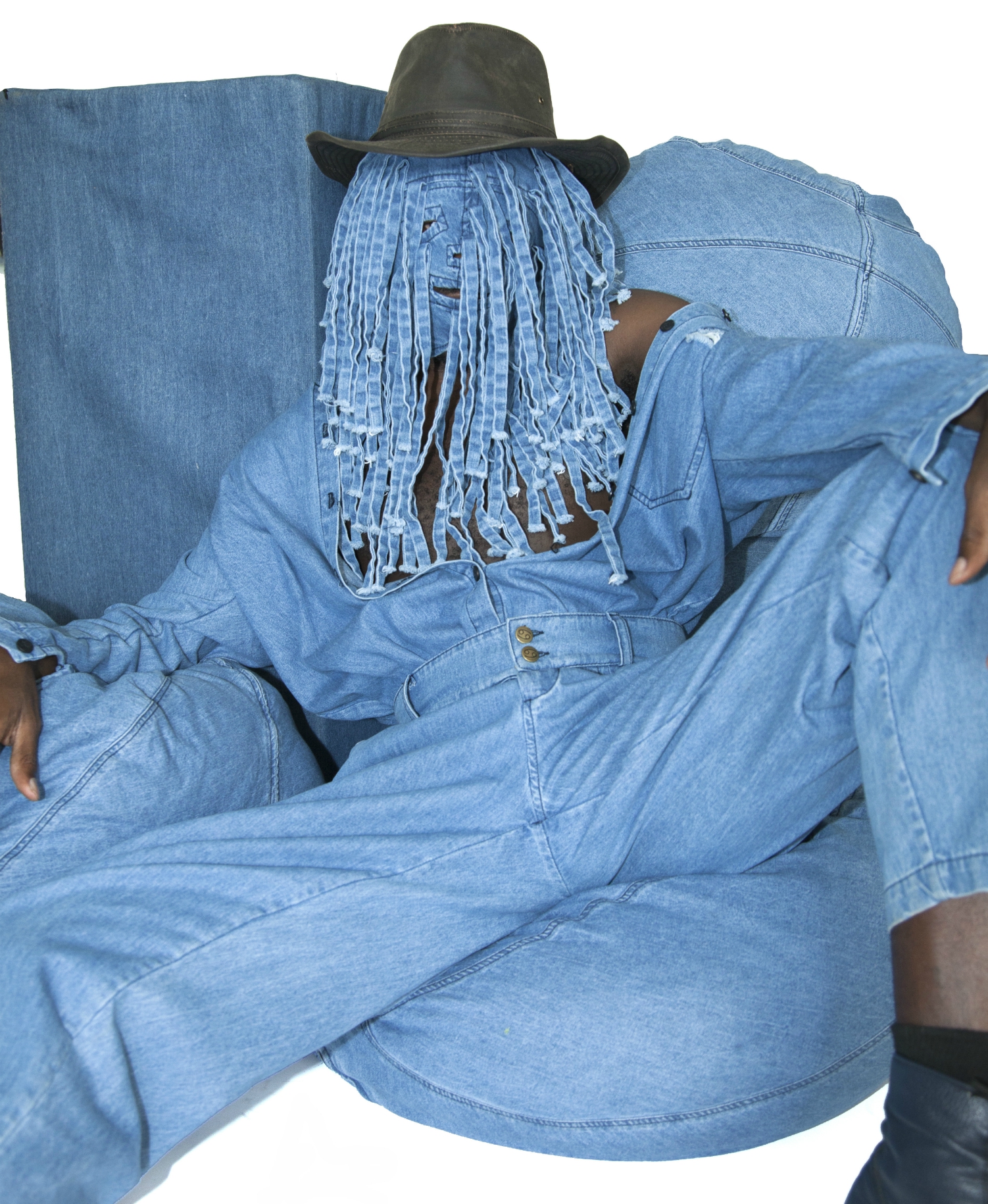 As exhibit literature explains, “The politics of 69’s clothing speak to the radical transformation of our understanding of who we are and how the social constructs of gender, race, class, and age both do and don’t define us.” People of all genders, ages, and races have modeled the clothes made under the 69 label, which is named for the sex position as well as the symbol for Cancer, the designer’s astrological sign.

Nods to fetish culture abound, including the head-to-toe black zentai suit-clad figure that’s often seen modeling the brand’s clothes. It’s a commentary on anonymity, but the suit also serves to emphasize that the clothes can and should be worn by anyone. “It’s almost like a shadow is wearing the clothes,” the designer says. “Or like the clothes are wearing themselves.” Consistent with that aesthetic choice, all of the mannequins in the show are deep ebony black.

Besides clothing, Déjà Vu also includes video work that reflects the designer’s desire to create multimedia experiences and spaces. “We’re really interested in doing more collaborative pieces. It would be a dream to make costumes for a movie or decorate a hotel. [We’re] really expanding into [multimedia]. It’s less tedious than just making clothing and part of a bigger picture—creating a whole world instead of a wardrobe.” Before the designer and the museum settled on making the show a retrospective, they say they’d envisioned an immersive “Willy Wonka’s chocolate factory” of an exhibit.

As the exhibit prepares to open, the designer says they don’t dwell on the attention they won’t be getting. In fact, they say, “It’s great.”

“It truly is this testament to how dedicated and serious I am about that,” the designer continues. “I don’t subscribe to fame or personally notoriety—it’s a town based on that shit. Maybe that makes it more ironic.”