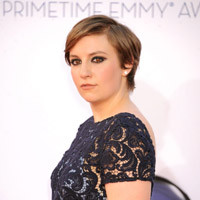 Nerves were aflutter around Hollywood this morning as the nominations for the 63rd Primetime Emmys were announced.

HBO tallied the most nominations, with Boardwalk Empire receiving 18 alone. Game of Thrones followed with 13, including a nod to producers David Benioff and Dan Weiss for Outstanding Writing for a Drama Series.

ABC’s Modern Family will seek a repeat win in the Outstanding Comedy category. The six-time winner at last year’s Emmys will face off against heavy hitters like Glee, Parks and Recreation, The Office, 30 Rock, and The Big Bang Theory.

The summer teen favorite So You Think You Can Dance will square off against The Amazing Race, Project Runway, American Idol, Dancing with the Stars, and Top Chef for the top bid in the Outstanding Reality Competition category.

Tune in September 18 to see if your favorites win a coveted golden prize.