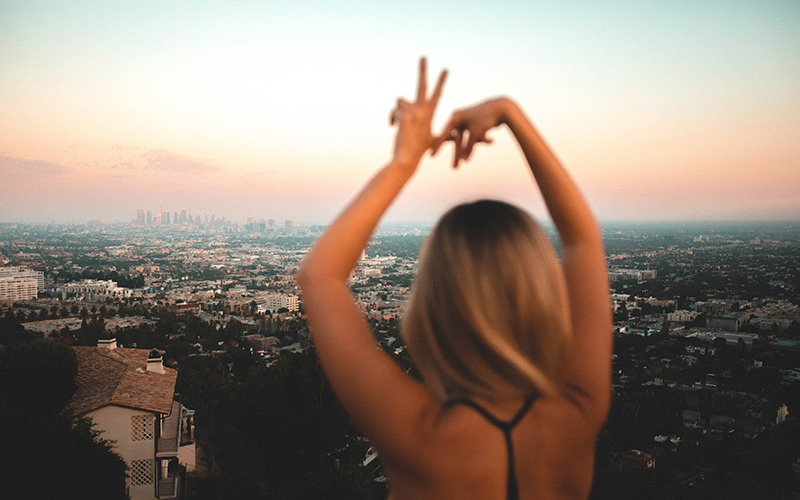 Pee cast. Like P-cast. As in Podcast. Don’t think about it too hard. Your favorite comedy podcasts are joining forces to give you a fit of the giggles. Head to the Ace Hotel for live recordings of Comedy Bang! Bang! (Scott Auckerman, Paul F. Tompkins, Laura Lapkus), How Did This Get Made? (Paul Scheer, Jason Mantzoukas, June Diane Raphael), Improv4Humans (Matt Besser), Hollywood Handbook (Sean Clements, Hayes Davenport), Who Charted? (Kulap Vilaysack, Howard Kremer), and Playing Games with Jimmy Pardo.

Is it even Christmas if you don’t watch a Sugar Plum Fairy leap across a stage? (The answer is no.) The Dorothy Chandler Pavilion hosts the world premiere of Miami City Ballet’s George Balanchine’s The Nutcracker. Sets and costumes from Cuban American designers Isabel and Ruben Toledo add contemporary flare to Balanchine’s classic choreography. If you’re looking for a something a little more contemporary, consider legendary choreographer Debbie Allen’s Hot Chocolate Nutcracker (December 7-10)—you’ll see beautiful ballet, but you’ll also get some hip hop, some Bollywood, and and original score with contributions from Mariah Carey (say whaaat!)

Any choir nerd (me) will tell you that Eric Whitacre is the Yoda of four-part harmony: Genius, he is. As the Los Angeles Chamber Orchestra’s artist-in-residence, Whitacre is conducting their Festival of Carols at Disney Hall this weekend. Catch two performances of holiday classics—”Carol of the Bells,” “Joy to the World,” a “Rudolph the Red Nosed Reindeer singalong”—as well as a handful of Whitacre’s engrossing original compositions, like his ethereal, haunting piece “Lux Arumque.” Whitacre (and Santa) are even doing a meet-and-greet after the show.

Star Wars fans whose loyalties lie with the Imperial Army will want to hoof it to this pop-up Star Wars-themed bar on the third floor of the Hollywood and Highland mall, a black-and-red, neon-drenched homage to the franchise’s more sinister characters. (Indeed, Darth Vader and Storm Troopers might even be in attendance.) The $33 ticket gets you two custom cocktails, not to mention a front row seat for burlesque performances, trivia nights, alien speed dating, intergalactic dance parties, and immersive adventure games. It’s pretty much guaranteed to be a Sithshow.

Christmas lists are no match for this biannual marketplace at Mack Sennett Studios, which showcases goods from more than 120 artisans (including hometown heroes like Gabriella Artigas and Christy Dawn). For even more Etsy-like goodness, pop over to the Renegade Craft Fair—billed as the largest event of its kind—at Los Angeles State Historic Park the same weekend.

Pack a lawn chair, a blanket, and a Santa hat for the South Bay’s 29th annual fireworks show. Streets around the Manhattan Beach Pier close at 2 p.m. to make way for live music and a snow park; the main event begins at 7.

RELATED: These Candy-Colored Nutcracker Costumes Are Almost Too Gorgeous For Words