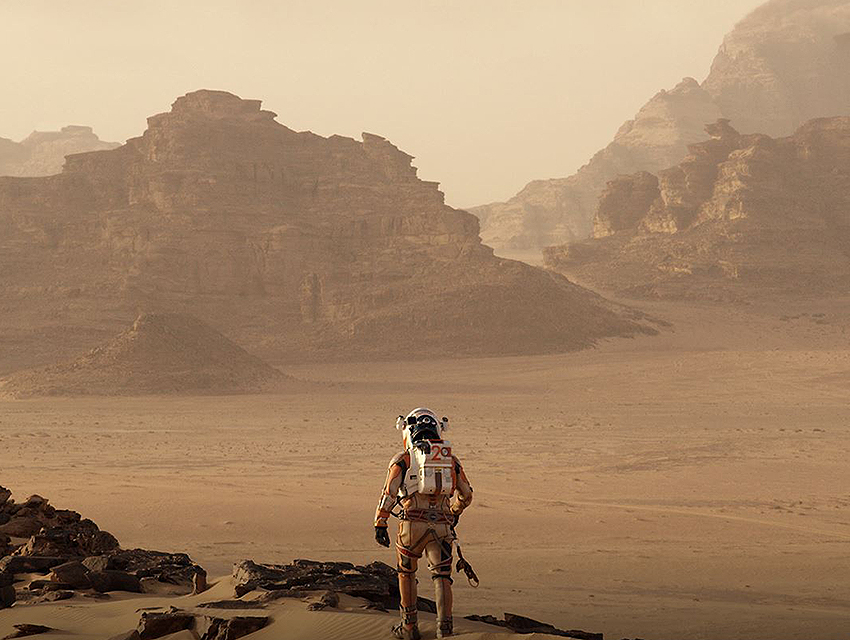 Little known fact: Three of the films up for Oscars this Sunday were filmed in Wadi Rum, a sandstone valley in the Middle Eastern country of Jordan. Creators of The Martian, Theeb, and A War—up for Best Picture, Best Foreign Film and Best Foreign Film again, respectively—all used the area’s stark, beautiful landscape as a backdrop for their (very different stories), one about an astronaut stuck on Mars, one that takes place during WWI, and one about the war in Afghanistan.

Jordan has in fact become so popular as a filming location that it’s recently become known as the “Hollywood of the Middle East.” In addition to this year’s nominees, past nominees—including Prometheus, The Hurt Locker, Zero Dark Thirty, Lawrence of Arabia, and Indiana Jones and the Lost Crusade—were shot there.

It’s also notable that none of the contenders for Best Picture were filmed in or around Los Angeles; filming took place almost exclusively in other parts of the country or the world, even for location-based dramas like Spotlight and Brooklyn. In addition to The Martian, here are the filming locations for this year’s Best Picture nominees:

Does Netflix Finally Have a Shot at a Best Picture Win?