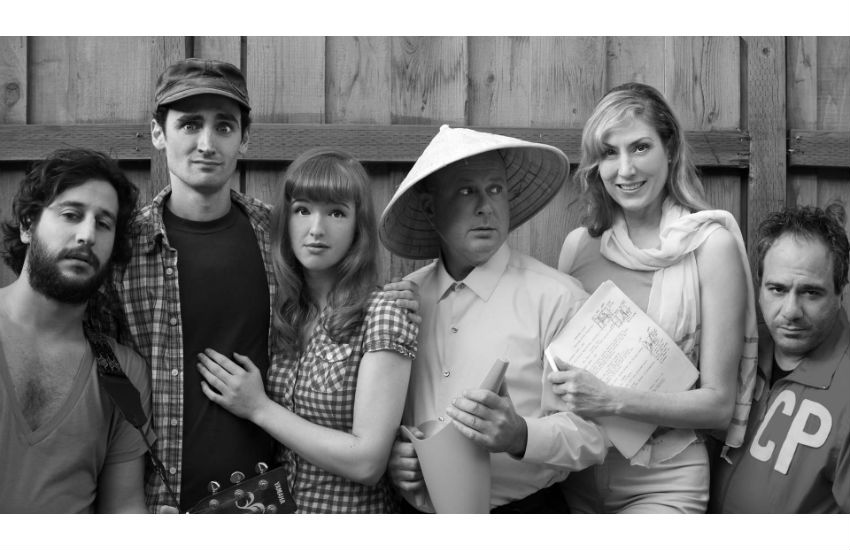 If you think the web series is a one-trick internet pony, think again. Plenty of these do-it-yourself low-budget indie shows, which typically clock in around ten minutes or less per episode, have made the jump from the internet to real TV (Comedy Central’s successful Drunk History as well as the Amy Poehler-produced Broad City both started out as web series). With plenty of web series festivals popping up, including the oldest one, L.A. Webfest (founded in 2010 and known as the Sundance Festival of web series), the grounds are fertile for the medium of the millennial generation.

Los Angeles is at the forefront when it comes to producing new, innovative web series, both scripted and reality-based. Here are five L.A. web series (all contenders at this year’s L.A. Webfest in April) that examine life in Los Angeles from fresh perspectives.

The tagline for Kickin’ It Caucasian is “It’s time to look at stereotypes from a different culture’s perspective.” Masterminded by director and entertainer Jason Bevly, Kickin’ It Caucasian is a reality web series. In each installment, Bevly, a self-professed black ambassador to white people, is dropped into situations he identifies as typically Caucasian, such as attending a Renaissance Faire, going skeet shooting, or getting a spray tan. The genius of this show lies in Bevly’s approach. Poking fun at cultural stereotypes is a veritable minefield, but Bevly navigates it intelligently with humor that is never condescending or demeaning.

Even though Miss Guidance’s central premise is never really fully explained (a young woman decides to drop her career as a scientist to become a guidance counselor, based on one career day event at an elementary school), the show is a delightfully funny and quirky comedy about a young woman trying to find herself by helping others do the same.

52 Ways to Break Up is just that: a list of the myriad ways a relationship can go sour. The web series, which debuted in October, is the creation of actor/writer Megan Rosati who also plays the show’s romantically challenged protagonist. In short video tableaus, she explores the pitfalls of dating in twenty-first century L.A. The best thing about 52 Ways to Break Up is Rosati’s ruthless honesty. The situations her alter ego ends up in go from hilarious to Louis C.K.-dark in five seconds, as in episode nineteen, where she drunkenly goes home with a guy who, as it turns out, is turned off by her drunkenness. “I like you a little more present,” he says, to which she replies, “I am a present. You just need to unwrap me.”

If you’re fan of Michael Patrick King, executive producer of Sex in the City, and Lisa Kudrow’s HBO show The Comeback, this entertainment industry-lampooning web series, about a young PA with directorial ambitions who works at her aunt’s casting agency will be right up your alley. Even though Molly the PA (played by Valentina Garcia) is the show’s main focus, the comedic gold in this series is supplied by Eileen Fogarty and Kiva Jump, who play two semi-deranged casting agents with delusions of grandeur.

Harvard Court
Developed by filmmaker Alexis J. Estevez, Harvard Court lays out life in a fictional Hollywood gated community as seen through the eyes of a struggling comedian and his aspiring stylist girlfriend. Harvard Court is refreshingly free of stereotypes; instead, the character gallery, which includes a soft-spoken Buddhist tenant and a female landlord in trouble with the Russian mob, puts a refreshing spin on the la-la-land myth.