Home Uncategorized 5 Things To Do This Weekend That Will Make Your Life More... 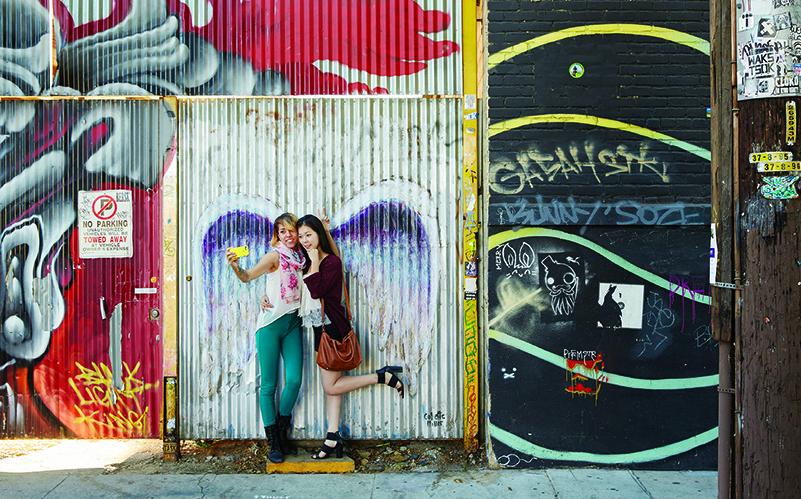 The pop-up gallery showcasing renowned street artists is headed to the Hangar in Mar Vista. Check out the work of artists like WRDSMITH (who’s responsible for the typewriter wheatpastes you’ve seen around town) to Colette Miller (she makes the colorful angel wings you’ve Instagrammed approx. 1,000 times) and Robert Vargas (whose “Portraits of the World” series is on walls all over L.A.). It all kicks off with an opening night party on February 4; VIP tickets cost $100 and include artist meet and greets, an open bar, and a limited edition art print. General admission tickets, which grant you access to a whiskey bar, a live painting demo, and the installations, cost a more palatable $20. More information (February 4-10, the Hangar)

RELATED: Where To Find L.A.’s Most Instagrammed Walls IRL

Instead of sitting in your car on either Mulholland Drive or Sunset Boulevard, catch back-to-back screenings of two movies named after the iconic L.A. streets. The films from 2001 and 1955 (respectively) will be shown on the big screen at the Egyptian Theater, where—fun fact!—the first ever Hollywood movie premiere took place (Robin Hood, in 1922). It’s all part of American Cinematheque’s Pie and Coffee: David Lynch Plus series, which pairs a Lynch classic with another film that seems as though it could fit right into his oeuvre. More information (February 3, Egyptian Theater)

Stuff your face with eats from Donut Friend, The Jolly Oyster, Amazebowls, Viva Los Cupcakes, and more while the kids partake in face painting and a dance party hosted by Family Day DJ Kai Song. Vendors will also be offering some Super Bowl specials, so there’s no reason for you to be that person who shows up at a watching party empty handed because you didn’t have time to stop anywhere, omg so sorry! Pick up take-away tamales from The Tamale Shoppe, tri-tip from Stoked California BBQ, or a box of Filipino Butter Buns from Ensaymada Project. As always, the event (and two-hour parking) is free, and there’s even a bike valet for the population of non-driving unicorn Angelenos. More information (February 5, ROW DTLA)

CAN I KICK IT?

Few things are as deliciously nostalgic as crappy old music videos. Grab some friends and head to the NerdMelt showroom in the back of Meltdown Comics, where Al Jackson and a panel of comedians, entertainers, and rappers will dissect hip hop videos from the ’70s all the way through the ’90s. Think of it as a live version of the seminal VH1 show Pop Up Video (RIP), only funnier. More information (February 4, Meltdown Comics)

Derek Diedricksen, the host of HGTV’s Tiny House Builders, is leading what he’s calling an “eclectic as hell” three-day event at the Craft & Folk Art Museum. Forty ticket holders will join forces to forge a portable 10-by-7-foot cabin, which will be publicly raffled off on March 18. Diedricksen will be on hand at the February 3 launch party for a talk and book signing; he’s bringing a few pals, too, including fellow microbuilder Dustin Diedricksen (his bro) and Palo Coleman, who will demonstrate the Japanese technique Shou Sugi Ban, which protects wood by charring it with fire. (Fire!) Bonus: there will be food and a cash bar. More information (February 3-5, CAFAM)