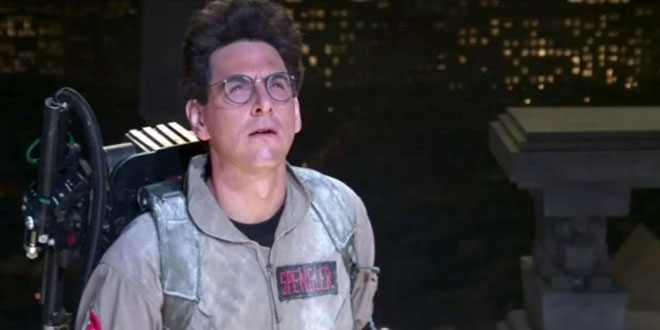 For movie fans of a certain generation, Harold Ramis, who passed away on Monday at age 69, will first and foremost be remembered as bushy-haired parapsychologist Egon Spengler. With an iconic role like that, it’s easy to forget that Ramis, who flourished in the shadow of more famous actors like Bill Murray, cowrote Ghostbusters—and tons of other great movies. Or that Ramis was an accomplished improviser who came up with John Belushi at Chicago’s Second City. Or that he turned down a job at Saturday Night Live so he could stay on as head writer of SCTV during its brief but brilliant run in the ’70s. Or that he was one of the most talented American comedy writer-directors of all time. Or that he was a humble creative collaborator, a generous mentor, and an all-around mensch. Whether or not you were looking for it, you got more than laughs from a Harold Ramis movie.

1. How to Survive College
It’s hardly a manual for how to acquire a proper college education, but Animal House (1978) is the prototypical anti-establishment comedy. By the standards of 2014, it’s positively radical, urging viewers not merely to question authority but to actively undermine it. It’s not bad advice. When institutional values are corrupt and unfair, as they so often are, it’s individuals—especially those prone to Dionysian excesses like Bluto—who serve as bulwarks against lock-step conformity. We can only imagine his amazing and chaotic political career.

2. How to Survive the Army
If Animal House laid out the template, Stripes, released three years later, honed the formula. The action was transported from college to the military and the plot machinations were more absurd, but the underlying message about the blindness and incompetence of authority was the same.

3. How to Cope with the Five Stages of Grief
Years ago, we read an article in which Ramis, who was something of a Buddhist, said he had modeled the structure of his cerebral comedy Groundhog Day after Elisabeth Kübler-Ross’s five stages of grief: denial, anger, bargaining, depression, and acceptance. An instant classic upon its 1996 release, Groundhog Day (which Ramis cowrote and directed) wasn’t just the story of an obnoxious news anchor (Bill Murray) forced to relive the same day; it was a bittersweet meditation on the nature of existence, selfhood, and happiness. And it was piercingly funny.

4. How Not to Cross the Streams
Ghostbusters. Enough said.

5. How to Take Life’s Surprises in Stride
Ramis evolved from the gawky sidekick of Stripes and Ghostbusters into the thoughtful paternal figure of Knocked Up, dishing practical advice and jokes with equal aplomb. Compare his turn as Seth Rogen’s supportive dad to Katherine Heigl’s cold, careerist mom. In one of Ramis’s great lost roles, he plays John Cusack’s father in High Fidelity. It was cut from of the final movie but you can find it among the DVD extras—and it’s well worth watching.