Home Film Before the Sequel: Secrets from Tim Burton’s Beetlejuice 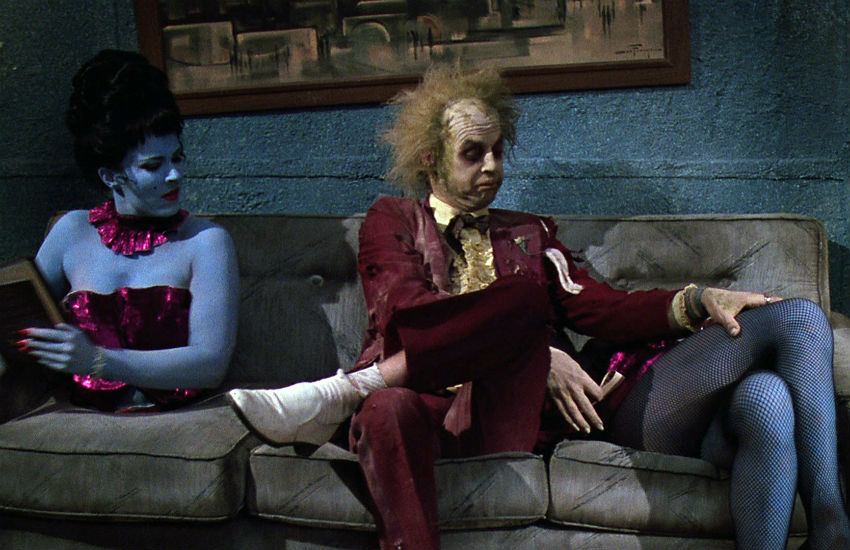 There have long been talks of a sequel to Tim Burton’s now-canonized favorite Beetlejuice, which premiered in 1988 and launched a young Winona Ryder’s career. The cult classic, which follows the travails of a recently deceased married couple (played by Geena Davis and Alec Baldwin) dead set (pun intended) on haunting their old house and its new occupants (a wealthy New York couple and their young morbidly-inclined, daughter played by Ryder). When their antics fall short, they employ a trickster demon by the name of Beetlejuice (expertly played by Michael Keaton) and all hell literally breaks loose.

The problem with a Beetlejuice (yes, we’re well aware that that is the third time his name has been mentioned in this article) has always been casting. Everyone has a hard time imagining any actor other than Keaton playing the titular role, and Tim Burton is of the same opinion, which is why the announcement that both are game for a rematch made big waves, although we have a hard time imagining another Beetlejuice movie without Glenn Shadix, who played interior decorator Otho (Shadix sadly passed away in 2010).

That said, we’re curious to see the sequel when it finally arrives. In the meantime, here’s a list of surprising facts about the original movie to tide you over.

Director Kevin Smith
Smith, whose 1994 cult classic Clerks is a Generation X masterpiece was approached to do a Beetlejuice sequel in 1996. The concept for the movie is pretty much summed up in the wacky title attached to the project, Beetlejuice Goes Hawaiian, which apparently was Burton’s concoction (cool surf vibe meets German Expressionist painting). Smith didn’t sign on, but we’re really hoping this one will get made somewhere down the line.

The name Beetlejuice
The movie is named after Betelgeuse, one of the stars in the Orion constellation. It’s classified as a red supergiant and is one of the most easily observed stars from earth. Scientists aren’t sure about its mass volume but it could be up to thirty times the size of our sun.

Winona Ryder’s father and stepmother in Beetlejuice
They are both notable actors you might recognize from other 80’s and early 90’s childhood favorites. SCTV alum Catherine O’Hara is perhaps best known for playing Kevin’s mother in the Home Alone movies and for her many appearances in Christopher Guest mockumentaries, but she is also the voice of Sally in Tim Burton’s Nightmare Before Christmas. Last year, she performed with Danny Elfman, who has written scores for Burton’s films since the mid-80’s, at the Danny Elfman’s Music From The Films of Tim Burton-concert at the Nokia Theatre.

Jeffrey Jones, who plays Ryder’s father in Beetlejuice, has had a notable career as well—appearing perhaps most memorably as the principal in Ferris Bueller’s Day Off—but we haven’t heard much from him since his 2003 arrest for possession of child pornography.

Glenn Shadix, who plays Otho Fenlock, the interior decorator
Shadix voiced the Mayor of Halloween Town in Nightmare Before Christmas before passing away in 2010 at the age of 58. Harry Belafonte’s “Banana Boat Song”—soundtrack to one of the most iconic scenes in Beetlejuice and probably one of the best dance routines in the history of cinema—was played at his memorial service.