Home TV Why Shark Week is Better Than Christmas 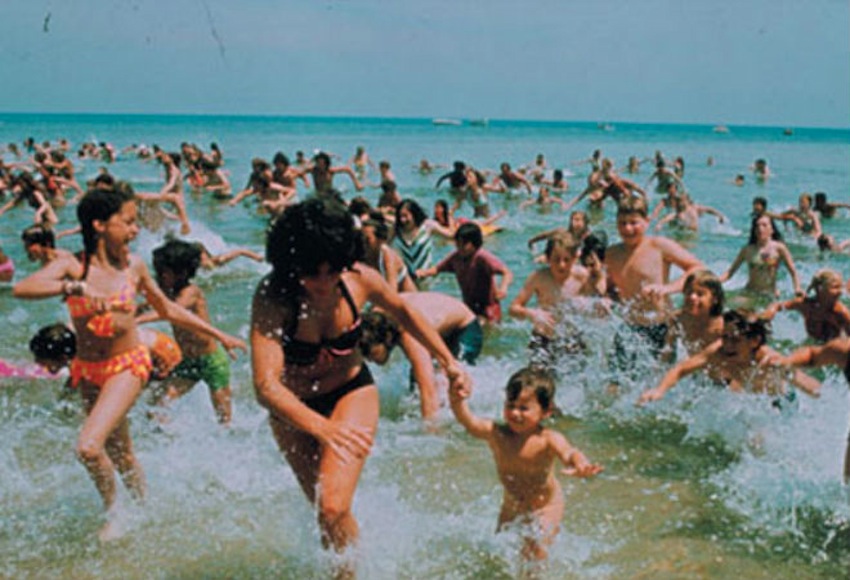 Television’s most menacing summer event kicked off yesterday. That’s right, it’s time for Shark Week, or as we like to call it: second Christmas. It’s hard to believe that a science-minded show created to raise awareness about sharks (and boy did it!) has become a marketing juggernaut that’s celebrating its 27th anniversary. The annual holiday (what do you mean we don’t get a three-day weekend?) has attracted a slew of celebrities—Andy Samberg, Craig Ferguson, Mike Rowe—who have cut their teeth (so to speak) as hosts. This year viewers can look forward to Rob Lowe guiding them through the murky waters.

With the razor tooth bad boys of the ocean once again dominating TV screens we expect intrigue, romance, action, adventure, and lots of sharks coming right at us. Good luck to the poor sap of a camera operator who drew the short straw. (Shooting that third-tier MTV reality show doesn’t look so bad, doesn’t it?) In addition to 13 jaw-popping, seal-eating, backfin-sporting shows during Shark Week, comedian Josh Wolf will host his popular nightly post-game analysis, Shark After Dark. The show features shark related trivia, experts sharing their knowledge about the beasts of the sea, and a couple of famous shark fans.

Now that Jaws is out of his cage here are our five favorite shows for Shark Week 2014.

Monster Hammerhead
Monday, 10 p.m.
The only thing more terrifying than a shark is a shark with a hammer-shaped face. The hammerhead doesn’t get as much attention as his Great White cousin, which is a shame. This show promises to investigate the legend of a massive hammerhead that is said to have roamed the shores of Florida for 60 years.

Lair of the Mega Shark
Tuesday, 10 p.m.
If you’re into shark lore this one is a must. Hosted by Jeff Kerr and award-winning cinematographer Andy Casagrande, Lair of the Mega Shark recounts sightings of a twenty-foot Great White off the coast of New Zealand. The description of this oceanic predator sounds remarkable similar to a mythical Maori beast known as The Lord of the Sharks.

Jaws Strikes Back
Tuesday, 7 p.m.
We are beyond excited about marine biologist Greg Skomal’s study of Great Whites off the Pacific island of Guadalupe. Skomal dives into the deep equipped with a REMUS SharkCam, a cigar-like underwater drone about the size of a ten-year-old with six cameras mounted onto it. If you’ve ever wanted to know what it feels like to be attacked by a shark, you’re going to want to watch this one. Get a sneak peak here. Warning: absolutely not for the faint of heart!

Megalodon: The New Evidence
Friday, 10 p.m.
Don’t you love it when the title of a shark show makes it sound like the latest Marvel superhero franchise? Last year a fishing vessel off the coast of South Africa was attacked by something that didn’t leave any survivors. Marine biologist Collin Drake sets out to uncover the mystery. You can probably guess where that’s going. Expect lots of pseudo-science and ominous background music.

Great White Matrix
Saturday, 9 p.m.
Unfortunately this is not an adaptation of 1999’s sci-fi mindbender The Matrix featuring an all-shark cast. It is however, a tale about confronting your fears. In 2009, Paul de Velder was attacked by a bull shark in the Sydney harbor while diving. Amazingly, he survived the encounter and (alongside Andy Casagrande) will investigate a spate of recent shark attacks along the Australian coastline. Takeaway: Never visit Australia.