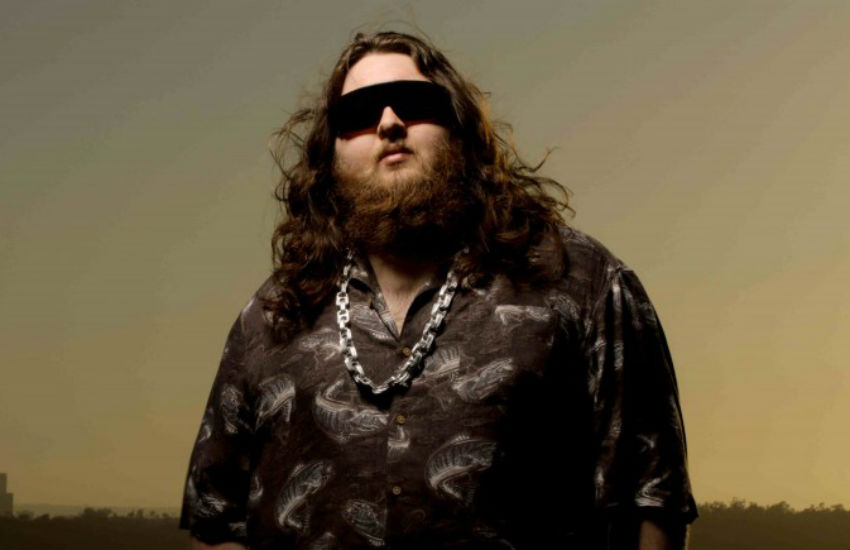 Southern California is bursting with fresh new talent in the hip-hop arena right now. The L.A. beats scene, centered around the Low End Theory club night every Wednesday at the Airliner in Lincoln Heights, has long been the premier purveyor of experimental rap, IDM (intelligent dance music), glitch, dubstep, and avant-garde hip hop. Rappers like Flying Lotus and Nocando are pushing the envelope and have received national attention for their creative output this year (both found themselves on our list of best releases by L.A, artists), but one up and comer still looking for his mainstream break through is rhyme master Jonwayne, who performs tonight at the Echo, alongside Chester Watson and RUSS.

Jonwayne released his debut album Bowser on L.A. rapper Daddy Kev’s label Alpha Pup Records in 2011, but it’s his latest missive, Rap Album One, from last year that put the mic slinger, who came of age on the Low End Theory scene, on the map. Somewhere between his laconic attitude and the resigned Charles Bukowski-esque boasting (“I was the never the type to bet on my life/Until I learned that I could dice if I was sharp as a knife”), Jonwayne exists in the twilight zone between pop music and heavy existentialism. Here are five reasons to check him out tonight at the Echo.

Too few rap videos feature tricycles and open toe sandals. The minimalist set design and chilly noir color contrast helps to highlight Jonwayne’s origin story. This isn’t your typical braggadocios rap rant, as much as it is a painfully honest coming of age story: “Spitting Busta and Dirty Bastard since second grade/Standing up to the bullies for change.”

2. I Don’t Care-mixtape
Jonwayne’s 2012 mixtape (hip-hop’s preferred format in the early days of the genre) I Don’t Care came out of nowhere much like the rapper himself. Recorded in a single take with beats supplied by among others Flying Lotus and Samiyam, I Don’t Care is like reading an intimate diary, written in the form of a modernist art experiment.

This video is like an episode of the Office, if the Office was an acid trip seen through the mind of a disgruntled, homicidal cubicle drone. What really comes across (aside from the brutal revenge scenario) is the sense of despair and twenty-first century ennui. The fact that Jonwayne keeps a steady flow without missing a beat for most of the track only lends to the track’s ominous quality.

The title of Jonwayne’s 2011 debut album will ring a bell with those who grew up with video games in the eighties and nineties. Bowser is also the name of the Super Mario Brothers’ horned archnemesis in the eponymously named Nintendo game franchise. Jonwayne doesn’t rap on Bowser, showing off his producer chops instead. The whole album is a fascinating, often dark musical rewrite of a video game soundtrack.

Rock Your Way Into the New Year